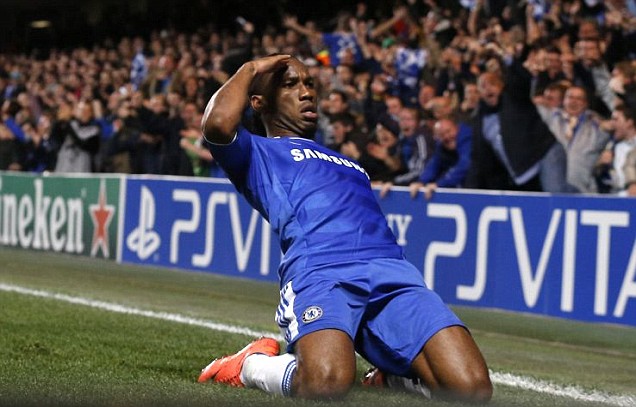 Ivorian striker Didier Drogba is set to become the highest paid player in the Chinese league according to reports emanating from the Asian country.

Chinese State media say the Ivorian and former Chelsea forward has been offered 200,000 pounds a week by Shanghai Shenhua and the deal is expected to be concluded and announced on Monday.

According to the Oriental Morning Post, the two parties have already reached an agreement “in principle” for a two and half year contract.

Also, according to the report, the proposed deal will see Drogba becoming a spokesman for the Chinese online gaming company as well as be involved in charitable projects.

Over the weekend, Drogba declined to make any comments on his future but was quick to add that “the next step is interesting” when probed on his visit to New Delhi, India.

Last month, the Ivorian’s last kick of the game ensured that his former club Chelsea were crowned European Champions. He is expected to start playing for Shangai Shenhua as early as July.