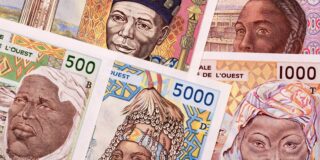 Does the eco have a place in the future of money?

Between the 16th and 18th centuries, a Spanish silver coin was a common currency for world trade. The English in the American colonies called it the ‘Spanish dollar’ and later adopted it as their own. The Spanish dollar did more than lead to the opening of new trade routes and security innovations. It facilitated the integration of China, the Americas, and Europe into a world economy, creating a status quo that lasted until the 19th century. This silver coin later evolved into a paper currency, the “peseta”, and was finally replaced by the euro in 2002. Today, the euro serves as legal tender in 19 countries under the European Union (EU). The EU created the euro to promote growth, stability, and economic integration in Europe. The euro is one of the top three currencies in today’s financial market, alongside the US dollar and the Japanese yen.

In 2003, shortly after the launch of the euro, leaders of the fifteen-member Economic Community of West African States (ECOWAS) proposed that the region also had its single currency – the eco. Seven currencies are currently in use in West Africa, with eight Francophone countries using CFA francs. The other countries own individual currencies, none of which is freely convertible. Among other potential benefits, the proposed eco should reduce barriers to trade across the region and improve lives in general. But since then, ECOWAS has postponed the launch of this currency four times: in 2005, 2010, 2014, and 2020. Now it has set the launch date for 2027. So, for now, West Africa’s eco is still a pipe dream.

Castles in the air?

The idea of a single currency has met several clashing reactions, both from the public and from industry experts. But amidst all of this, the eco’s feasibility is a key concern. Why is that?

Implementing the eco needs member countries to meet a few criteria, most of which are unlikely to happen. They must have:

Most of the 15 countries are unlikely to achieve all of the above criteria in years. Only Cape Verde, Liberia, Ghana, and Togo have met some of them, but not consistently. Notably, the European Union used a similar method to launch the euro. But copying their model for a region with entirely different realities is simply building castles in the air. The EU could set those standards because they were strategically achievable in their climes. But the ECOWAS’ ambition, which it has refused to be flexible with, is technically based on hopes that economies will improve. Besides, discussions around the euro go as far back as the 1960s, but it wasn’t until 1999 that the currency finally launched. And even then, only 11 countries adopted it. Now, that number is 19; despite being in existence for 20 years, not all 27 countries in the EU are yet to fully adopt it. The problem, however, is that West Africa may not have as much luxury of time as the EU did because the world is evolving faster than ever.

It’s been 31 years since the African Union conceived the idea of a single currency for Africa. Some progress—or maybe too little—has been made concerning this, with the setup of the Pan-African Payment and Settlement System (PAPSS), which makes it easy to exchange multiple African currencies. Today, PAPSS is still in the pilot phase in 6 countries. This single currency, along with the AfCFTA, is part of the AU’s plans to transform Africa into a European-style economy one day. But it appears African countries are gradually moving past that ambition.

In October 2021, Nigeria launched its Central Bank Digital Currency (CBDC), the e-Naira, through a partnership with Bitt Inc. It made this move shortly after Ghana partnered with a German firm, Giesecke+Devrient for its e-cedi pilot. Other African countries: Kenya, South Africa, Rwanda and Tanzania are also researching to launch their digital currencies. Creating digital currencies implies that these nations are looking for ways to give their currencies more utility. Nigeria and Ghana claim they want to use these blockchain-based currencies to boost financial inclusion.

Nigeria is crucial to the creation of the eco. Not only because it is the region’s biggest country, but also because it is the only country in West Africa with a banknote printer and mint. So the Nigerian Security Printing and Minting Company Limited is ECOWAS’s most viable option to mint the eco, except it finds an alternative.

Nigeria has expended massive resources into the development of the e-Naira. However, its adoption has been slow. This action casts doubts over the possibility of West Africa ever having a single currency. One reason is that it would be difficult for these nations to abandon their currencies which are now going digital, after so much investment. The other is that if the e-naira and e-cedi succeed, other countries in the region would likely follow suit.

CBDCs can ease cross-border payments, but only if they are built with interoperability in mind. A paper on cross-border CBDCs, published by the Bank for International Settlements (BIS), in conjunction with the International Monetary Fund (IMF) and World Bank, urged collaboration among countries in designing CBDCs to enable cross-border payments. Outside Africa, Some counties have ongoing collaborations for cross-border CBDCs—Project Jasper–Ubin, between Canada and Singapore in 2019; Project Jura, the recent trial between France and Switzerland; Project Inthanon–LionRock, between Thailand and Hong Kong; Project mCBDC Bridge, between Thailand, Hong Kong, China and the UAE; and Project Aber, between the United Arab Emirates (UAE) and Saudi Arabia. The same can happen in Africa, making a single currency unnecessary. Furthermore, tech companies are already building solutions to make CBDCs work at scale. For instance, Visa developed a new concept called the “Universal Payment Channel” (UPC). With the UPC, people can send stablecoins like the USDC to a Nigerian or Ghanaian, and they get their money in e-Naira and e-cedi, respectively.

Besides, there is the option of cryptocurrencies, which Africans already use for cross-border transactions. Their decentralised nature makes them easily bypass the hassle that comes with transacting across over 40 different currencies and their corresponding diverse financial systems. Although many African governments do not support cryptocurrencies, it is almost impossible to promote CBDCs without spreading awareness about cryptos since CBDCs are essentially government-owned versions of cryptocurrencies.

The eco’s feasibility is not the only thing causing doubts. Theoretically, it should promote integration. But many economists wonder if the currency is even going to solve any problem at all. Most African nations are more interested in trading outside the continent. Intra-Ecowas trade accounts for just 11 per cent of its members’ total trade. It’s practically that way all over the continent — trade between African countries is the lowest globally. So economically, they don’t have so much to gain.

Moreover, history doesn’t make a strong case for a common currency in Africa. The fourteen countries that use the CFA Franc are split into two monetary zones: the Economic and Monetary Community of Central Africa (CEMAC) and the West African Monetary and Economic Union (UEMOA). CEMAC has been using a single currency for over 70 years now, but intra-regional trade still lags around five per cent. In UEMOA, trade flows a bit more freely at 16 per cent. But that is still poor when you consider that their version of the CFA has been in use since 1945. If a single currency did not boost trade among countries that speak the same language, how will it cut through language barriers?

The AU and ECOWAS need to accept that Africa’s future of money is digital. If they still want the single currency ideas to work, they have to embrace digital methods.