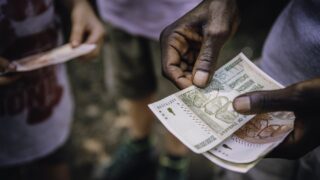 Three months ago, Ghana established Development Bank Ghana, its fourth development bank, to provide long-term, competitively priced loans to SMEs that have long been financially underserved. As usual, praise followed its launch, with many touting it as a “step in the right direction.” But it’s not easy to shake away the feeling that Ghana doesn’t need a new development bank, not even for SMEs.

At first glance, it’s easy to make a case for this new development bank. The main argument in its favour is that a new bank will help small businesses that have been unable to access credit due to the high-interest rates on short-term loans. Data from Ghana’s central bank shows that commercial banks in Ghana give loans at an average of 22.5%. That data was even from May, a while before Ghana increased its benchmark interest rate because of high inflation. That means business loans would have become even more expensive. So it sounds plausible to create a bank that can provide cheaper credit for small businesses.

However, creating a new bank—no matter how niche its focus is—does not guarantee it will have the power or financial capacity to address the problems in question.

A crowd with no funding

Africa is home to 95 development finance institutions, 86 of which are national development banks. Nigeria alone has eight, and Eswatini, which has only 1.1 million people, has four. 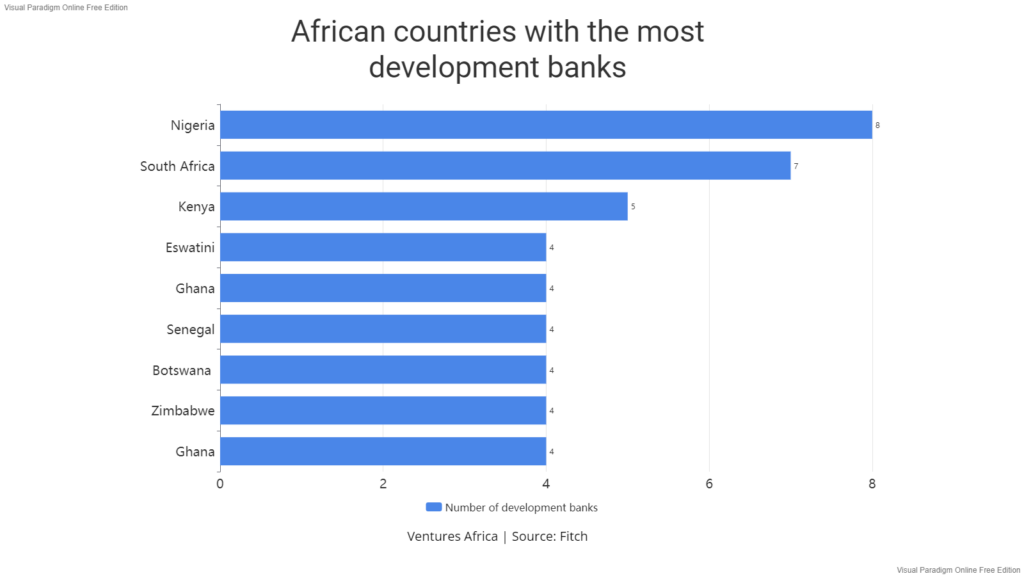 Data from Fitch shows that Africa’s national and multilateral development finance institutions account for 21% of global national and regional banks but only hold 1% of the world’s development bank assets.

That 1% is anything but evenly distributed among the banks, as only a few development banks control most of it. They include national banks in Egypt, South Africa, and Morocco; the regional African Development Bank (AfDB) Group; and the African Export and Import Bank (Afreximbank).

The multitude of these development banks ends up in a loop of trying to raise capital through varying processes, capital goals, internal governance controls, and often-overlapping mandates. So it’s no surprise that their impact and assets have become muted.

This trend of creating new development banks is not new in Africa. National development banks were part of the policy apparatus in the state-led growth models of the 1960s and 1970s. But by the 1990s, many of them had failed, while a few were privatised, mainly because of corruption and cronyism. The ones that survived, as well as the majority of newly established national development banks, are small and undercapitalised. The most recent example is the Development Bank of Ghana (DBG).

An article by Dr Nimrod Zalk, an Associate Professor at the Nelson Mandela School of Public Governance, University of Cape Town, argues for “the consolidation of fragmented and under-capitalised national banks into larger sub-regional development banks” instead of the creation of new development banks.

One of the aims of development banks is to instil investor confidence in sectors or businesses that would normally struggle to get it. So it doesn’t help that we congest the market with so many development banks that private investments have less presence.

Besides, if development banks consolidated at a regional level, it would become less likely that national politics would interfere with their internal governance and working capacity. For instance, smallholder farmers in Nigeria encounter several bottlenecks when accessing loans from development banks.

This whole concept is not new. In 2014, South Africa teamed up with Brazil, Russia, India, and China to create the New Development Bank. Since then, that bank has rapidly scaled up loans to member countries. Private banks merge to increase their capacity. What stops African development banks from doing the same?

That said, Development Bank Ghana has arrived, and the list will likely get longer. With (a relatively meagre) $700 million, it faces the difficult task of demonstrating its ability to do notable good and provoke the inflow of sizable private capital to Ghanaian SMEs, all while Ghana’s economy is on life support. It would be great to see it succeed. But if it doesn’t, it won’t be surprising to see another development bank emerge.