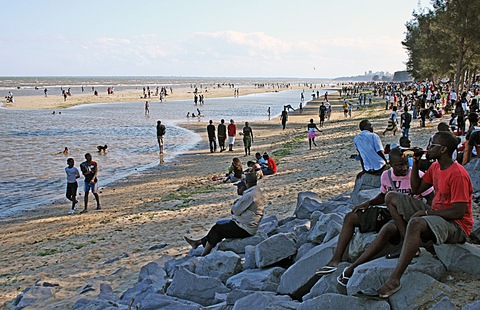 Ocean, is often touted for its beaches: long, white sand, shaded by coconut palms. Landscape postcard of course, but with something more resembling a fragrance adventure.

Mozambique is relatively unknown to tourists. In 1992, the Portuguese enclave, a former Portuguese colony in southeast Africa, emerging from a civil war that lasted 16 years, and began slowly to rebuild and heal its wounds. For visitors, the potential is enormous.

Therefore beaches, but also the islands unique and mysterious atmosphere is so tempting. The Bazaruto Archipelago offers an incredible spectacle of dunes overlooking the degraded water ranging from turquoise and emerald green. Further north, Ilha de Moçambique, crossroads of civilizations Bantu, Arab, Indian and European, invites to wander and daydream in its cobbled streets.

Two faces of Mozambique are actually to discover by tourists: the South, where Maputo, modern and bustling capital concentrates most of the wealth of the country, where infrastructure exists and is growing, and the north side of the country, still largely underdeveloped, less visited, but much wilder, which remains a land of adventure.

The less hurried and more adventurous backpackers choose to discover Mozambique by road, which promises a variety of landscapes: red earth, bush huts, traditional villages and colorful markets. But all will have the opportunity to meet a smiling and welcoming people, unaccustomed to mass tourism.

Ponta do Ouro, south of the province has beautiful beaches, fine white sand, 116km from the capital. It is easily accessible from South Africa, the Kosi Bay border. The place is suitable for diving, there are coral reefs. On the way to Ponto de Oura, there is a nature reserve where you can meet huge herds of elephants.

Another point of great magnitude is the island of Inhaca, 35 km from the capital. It can be reached by boat or plane. The place is considered organic Patrimony and the island will delight any birdwatcher who can observe hundreds of species in a diverse environment: coastal dunes, mangroves, lagoons, plains and semi- forested areas. Marine biology center can accommodate naturalists, but there is also a hotel and few lodges for accommodation purposes.

Close to the border with Swaziland is Namaacha border town which is a popular resort for its mountain scenery. There are mineral springs and waterfalls. You can also see the Dam Pequenos Libombos, built on the river Umbeluzi.

Why don’t you visit Maputo next?