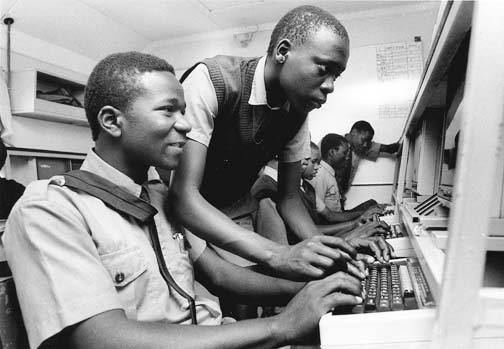 The Germany envoy to Kenya, Mrs. Margit Hellwig-Boette, said Friday in Mombasa that the digital revolution offers Africa an opportunity that other societies never had—-leapfrog onto development faster.

She said quite unlike the US or EU, the digital platform offers Africa a unique opportunity to jump many steps and catch up with the global community.

“The west had to pass through many steps including industrialization and globalization—but Africa cannot afford this unless it wants to be left far behind the rest of the societies,” she said.

The diplomat added that Germany, currently the third world economic power but with very little cultural affinity to Africa, is struggling to make a mark in the continent.

She said unlike the French and the British…who would easily take the risk to invest in Africa, the Germans are risk-averse.

“That notwithstanding, however quite a number of Germany companies are interested in doing business in Africa…with a number having African division headquarters in Nairobi, but a number have no adequate knowledge on Africa,” she said.

But the digital platform may help change this scenario. Germans have no cultural affinity to Africa…., few Germans have interests in Africa…but information would be key to change all this.

She said what should concern Africa is the quality of information goes to the internet.

According to Veni Swai Programme officer Freidrich Naumannn Foundation, Africa is an equal competitor in the world. ”We have to be asking ourselves what the world should be seeing about Africa. Africa has to create the perception,” she said.

According to Shikwati, Africa loses 1.8m trillion dollars annually in terms of natural resources. Further, 60% (2.5 million ha) of Africa’s farmland is leased annually to produce food by and for outsiders while the inhabitants keep roaming the world begging for aid.

Agreeing with the assertion, the envoy added that there is lots of information on the Internet much of which does not help market Africa as a destination of investment by the German investors. Click here to read more