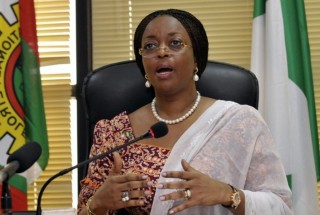 The arrest and humiliation of former Petroleum Minister, Diezani Alison-Madueke continues to trail Nigeria and foreign media. Reports of unaccounted funds found in her Nigerian home as well as the United Kingdom property she was said to have purchased for over N2 billion (£12.5m) have been the subject of unfavorable commentary the past few days.

Diezani Alison-Madueke was the woman who made Goodluck look bad or should I say was the bad face of Jonathan. Her trial will be epic! — Kayode Ogundamisi (@ogundamisi) October 2, 2015

While Alison-Madueke may have abused the power afforded her by the position she occupied as Managing Director of the Nigerian National Petroleum Corporation (NNPC), she is being paraded as the guilty party as expected. But the NNPC as well as the petroleum ministry are Ministries Departments Agencies (MDAs) not strange to corrupt practice. Alison-Madueke has been cast as a major player, the driver of corruption, which as eaten deep into the system, but she was barely a lone fish in the sea of corruption. Jide Omokore’s arrest, a suspected ally of Alison-Madueke, suggests that the Buhari administration is not holding back on the promise to prosecute anyone associated with corruption. But is this enough?Attempts to address corruption in Nigeria often focus on prosecuting individuals rather than addressing the system and institutionalized corruption which plagues the nation.

On another note, while the suggestion that being a woman somehow precludes being corrupt is ludicrous, it has played a significant role in the conversation around Alison-Madueke’s probe. In 2007, Hon. Patricia Etteh, Former Speaker of the House of Representatives (HOR) was involved in a N628 million corruption scandal and was disgraced out of office. While the calls for her resignation as the Speaker of the House were legitimate, nothing was said about her male counterparts who were involved in corrupt practices before or even after her resignation as Speaker. Take for instance, Hon. Farouk Lawan who was involved in an estimated N100,000,000 bribery scandal alongside Forte Oil boss, Femi Otedola. Farouk was probed but left to retain his position without a stain on his reputation. But when Mrs Etteh’s name arises in the consciousness of Nigerians, her past transgressions are highlighted.

@aamechi Not supporting Diezani but that shud not rob women of the 35% appointment slot. Are the men not stealing? @TheBigtyme @937Rhythmfm

The cases of Patricia Etteh and Diezani Alison- Madueke suggest that erring women in positions of government are not afforded the same courtesy as their male counterparts. In reactions to the scandal rocking the former Petroleum Minister, some Nigerian women have alleged the precarious position for women who may want to occupy positions of power in the country  in the future. Considering we have not had a female Speaker of the HOR since Etteh’s scandal, there may be some truth to these reactions, which underscores a gender bias in Nigeria’s political sphere that is implicit in how we understand women’s role in politics. This scenario comes off as gray with many dimensions, most of which places women as scapegoats in the cleansing of a generally corrupt system. Which is not to say that corruption is okay, but that even in corruption, women seemingly have the most to lose.

For more insight on Diezani Alison, listen to the podcast below