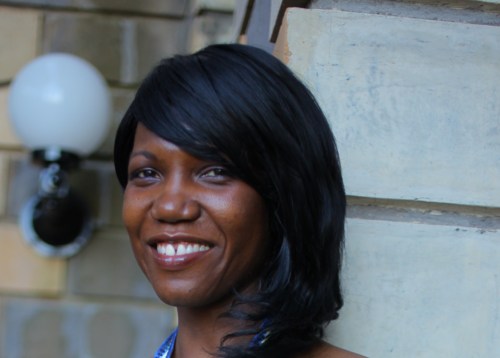 How One Woman’s Idea Revolutionised Business Aviation In East Africa

“Capital isn’t so important in business. Experience isn’t so important. You can get both these things. What is important is ideas. If you have ideas, you have the main asset you need, and there isn’t any limit to what you can do with your business and your life.” — Harvey Firestone

Few young women today can lay claim to entrepreneurship. Fewer still can claim innovation. As Harvey Firestone rightly said, if you have ideas, you have all you need and there is no limit to what you can do. Ventures Woman has profiled many talented entrepreneurs and we can all draw life lessons from each of them. I think Susan Mashibe isn’t a little different, she’s a lot different! She was listed last week as one of the younger generation of Africa’s 20 powerful business women and we want to tell you why. What on earth would make a young African woman start a private jet logistics firm in Africa? Simple: an idea.

Her story: Susan Mashibe was born in a small town in Tanzania called Kigoma, and at 4 years old her parents flew to Dar es Salaam leaving her behind with her grandmother. Susan recalls standing on the shores of Lake Tangayika watching a plane take off and saying to herself that if she could be the one flying the plane her parents wouldn’t leave her behind again. Her dream of becoming a pilot was born. In 1993, Susan Mashibe went to Western Michigan University, in the United States for school and pilot training with her dream. For her first job, she said “I was flipping burgers for the summer” working at a local burger king. Her goals never changed however and her ultimate career dream was to become a 777 Captain pilot for Delta Airlines; in fact, TanJet aviation was not “in the plan”.

Susan completed her training in 2001 with great hopes for landing the Delta job. Yet when the horrific plane hijackings of September 11, 2001 claimed the lives of hundreds and threw America into chaos, she watched the aviation industry crumble and all chances of being sponsored for a work visa disappear with it. Susan returned home twice in the hopes that she would be hired locally while waiting for the aviation industry to recover, and then she would return to America to pursue her Delta dream. For a long time, no one hired Susan, she was overqualified! Her training in the US, as both an aircraft engineer specialising in corporate aircraft and certified commercial pilot placed her far above even the most experienced Tanzanians. At this point, Susan didn’t have a job or much experience but what she had was an idea. In fact the idea did not originate with her but from a South African client she encountered while still working in the US. She told him of her expiring visa and plans to go home and her desperation for any job just to be near aircrafts, “I was willing to do anything, even to load luggage…” On seeing her CV, the client asked her why she would be willing to work for just anyone with the experience she had, and told her that she could employ herself and provide services for clients like his company who operated private jet flights to Mwanza, Tanzania. Powerful words that formed the basis of what TanJet is today.

Susan took the idea that had been planted and through resilience, hard work and integrity, built TanJet into a business that has revolutionised business aviation in East Africa. She provides services for such clients as Fortune 500 company executives, military flights, monarchs, Heads of States and celebrities.

In 2011, Susan was selected to benefit from a Fortune/US State Department Mentorship programme for promising women global leaders where she was connected with Marissa Mayer, Vice President of Location and Local Services at Google Inc. and also the youngest member of the Google executive operating committee. She spent a month shadowing Mrs Mayer’s personal and business life and learned three key things on personal, business and community levels. On the personal level, she saw how Marissa Mayer balanced her work life with her commitment to her family and friends as well as her love for art. That balance is in itself an art! For African women, family is such high priority that mentoring in this area is invaluable for aspiring entrepreneurs.

Also, the business and community perspectives she gained from Marissa have shaped her dreams for TanJet’s future. Susan’s plan is to scale her business and give back to the community. How do you choose your team, hire good people, and motivate them? How do you as an entrepreneur stop doing everything yourself and let go enough to let other people in? All these questions were answered by observing Marissa Mayer’s work ethic and receiving direct training from arguably the best global team. She also learned from Marissa and her friends that Americans do not wait for government to do everything. Instead she observed that Stanford and other University alumni give back vast amounts to support their schools, and learned that for example in New York, it was the citizens that wanted the park to be beautiful and made it so. In an interview with Charlie Rose, Susan observed that “In Africa, we always wait for the government to provide; and also the government sometimes goes and asks for foreign aid. I think we should be able to support the government and support education and give back”. Ms Mashibe’s desire to give back is evident in her passionate speech.

Her impressive company and achievements as Tanzania’s only aircraft engineer and FAA-certified commercial pilot have been well-rewarded. She was awarded both the Tanzania Women of Achievement Award and Archbishop Desmond Tutu Fellowship Award in 2009. In 2011, she was honoured as a Young Global Leader by the World Economic Forum. All this started in 2003 with an idea.