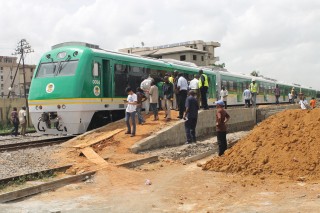 December knocking: Where is the Lagos light rail?

There are many ways to describe Lagos; metropolitan, unique, dynamic, the commercial centre of Nigeria and so on – but one characteristic that many people identify with this city is the “crazy traffic”.

So, it was with glee and high expectations that Lagosians and Nigerians alike greeted the news that the Lagos state light rail would finally commence operations in December 2016 as stressed by the Governor of the state, Akinwummi Ambode, at a forum earlier in the year.

The Lagos light rail project started as far back as 2006 and was scheduled to start service by the first quarter of 2014 after the contract was awarded in 2008, before a new timeline of 2016 for Phase I, yet it has been revealed by the Governor that the project will not commence as planned.

Factors that have contributed to this delay have been attributed to cost, which is has raised a few eyebrows because the Lagos state government had insisted that it was committed to the project – a loan of $200 million had earlier been secured from the World Bank. Governor Ambode had also said that the project was driven by commercial loans and bonds leaning on the state’s Internally Generated Revenue

The Lagos Rail Mass Transit is a system being developed and being sponsored by the Lagos Metropolitan Area Transport Authority (LAMATA) and expected to have seven lines making transportation easier and improving development in the state.

A tale of delays

In 2008, the contract was awarded to Chinese Civil Engineering Construction Company (CCECC) at the cost of $1.2 billion and a completion deadline set for 2011. With little accomplished, June 2013 was set as the completion date by former Governor Babatunde Fashola, but that failed. 2014 was subsequently set but the project still fell through. As it stands, only 16km have been completed out of the 27km for the Blue line.

There were high expectations that the line would be completed but hope is a fragile thing and many are highly doubtful if the project would ever be completed given the economic recession and the fallen value of the naira in the global market.

The multi-billion naira light rail project of the Lagos State Government in some ways is a reflection of how capital public projects are handled in Nigeria – after pompous launching ceremonies and promises, very little is achieved. It is important to stress that value for money and the public procurement economy of Nigeria’s yearly appropriations are reduced by about 40 percent. Inflated project costs affect implementation and delivery, and at the end, public office holders move on to other political aspirations, leaving the populace unsatisfied.

The traffic situation is Lagos is difficult, and in transit, one comes across commuters with stories of how it isn’t getting any easier. Lagos may be termed the commercial nerve centre of Nigeria and on a broader scale, Africa, but if factors such as lost productivity as a result of traffic jams are not addressed effectively with projects such as the light rail, the title might as well be a statement.