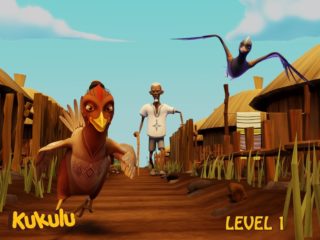 As one of the top gaming studios in Africa, Qene Games already has a 2018 Apps Africa Award for Best Media and Entertainment App under its belt, along with a bright future ahead.

A part of this Ethiopian company’s vision is to incorporate African roots into the games created. Qene Games launched its first mobile 3D game in 2018 called Kukulu. The firm then spent almost a year problem-solving to establish a global friendly African game brand for the international market. The original African game set expectations high after winning the 2018 Apps Africa Award for Best Media and Entertainment App and Qene Games is set to launch the iOS version in 2021 behind their latest release of Gebeta.

Kukulu is a 3D runner game similar to the global hit Subway Surfers but has a plot twist of African culture integrated into the game as it takes place in a fairy-tale land type of setting. Kukulu is the name of the main character in the game, a brave chicken that finds freedom from her farmer. Gamers are taken through the African terrain as they help Kukulu journey and run for her life through levels and challenging obstacles.

Recently, Qene Games proudly entered into a global, multi-year partnership with Carry1st. These two companies worked together to publish Gebeta, a free-to-play mobile board game that is a modern take on the traditional African and South Asian game of mancala. The game’s features include new mechanics, boosters, and tricks as it is intended to make the game more engaging with modern players as they grow in mastery.

Qene Games also has plans to launch another addition to its ever-growing portfolio with the launch of Feta slated for 2021. Feta is a puzzle slider game with fun and challenging characteristics. Ethiopian culture is highlighted in the game, along with the country’s tradition and food. The game is a way for all audiences who play to see the beauty that Ethiopian culture brings to the world.

Qene Games will launch the App Store version of the Kukulu game, as it is currently only available on Google Play. The company also plans to launch “Feta” and eventually become its own game publisher after closing a quiet pre-seed round of $250,000 in 2021 said the company CEO and co-founder, Dawit Abraham.

“The software development firm, Qene Games, is excited for what the next few years and beyond holds after being the leader in raising the bar and popularity of African gaming in the technology industry. Experts at the company are generating more global content to add to future game releases,” said Hiruy Amanuel.

Hiruy Amanuel is a dedicated philanthropist who has invested in several educational and technological initiatives in East Africa. By increasing access to quality education and technological resources, he hopes to drive the rapid development of groundbreaking technologies throughout the Horn of Africa.

Dawit is a Senior game developer and co-founder of Qene Games which is a gaming company creating premium African mobile games for the international market. Dawit believes that Africa has a strong capacity to compete with international software industries and his goal is to make Qene Technologies one of the leading gaming companies in Africa, and eventually, the world.