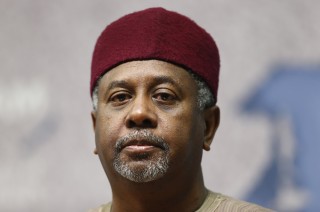 #Dasukigate: Here is a breakdown of the alleged misappropriation of $2.1 bn by Dasuki and others

Over the past one month, the Economic and Financial Crimes Commission (EFCC) has been investigating how the former National Security Adviser (NSA) to former president Goodluck Jonathan,  Sambo Dasuki spent the sum of $2.1bn (N10 billion) given to him for arms deal. The investigations started when it was reported that Sambo Dasuki was given $2.1bn  for the purchase of arms to fight against Boko Haram but he never purchased them.

According to reports, the former NSA listed the names of some of his accomplices in the arms deal controversy, these include: Raymond Dokpesi, owner of DAAR communications limited, Bashir Yuguda, a former minister of state for finance, Attahiru Bafarawa, a former Sokoto state governor and Mr. Shuaibu Salisu, a former Director of Finance in the Office of the National Security Adviser (ONSA). It is appalling to know that they spent huge amounts on ridiculous things such as spiritual intervention, purchase of apartments and support for the re-election of members of the House of Representatives.

The suspects will be tried in court on Monday in order to determine the level of involvement in the illicit arms deal. However, the suspects have been divided into two groups for trial before different judges, Justice H.Y. Baba and Justice Peter O. Baffin. Dasuki, his former Director of Finance, Shaibu Salisu, Aminu Baba Kusa, Acacia Holdings Limited and Reliance Referral Hospital Limited would be among the suspects arraigned on a 19-count charge today.

Here is a breakdown of the alleged misappropriation of $2.1 bn meant for arms deal by Dasuki and others: