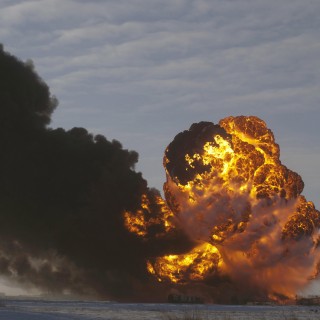 Following the explosion at the Abule Ado area of Festac Town in Lagos state, Dangote cement and Zenith Bank Plc. have donated N100 million each to the N2 billion relief fund earlier launched by the state government.

The goal of the Abule Ado Relief fund which is to alleviate losses suffered by victims of the explosion was launched by the Lagos State governor Babajide Sanwo-Olu. While receiving both corporate organizations at the State House in Marina on Wednesday, March 18, 2020, Sanwo-Olu thanked both companies for their contribution, solidarity, and support to victims of the explosion.

Representing Zenith Bank, Ebenezer Onyeagwu The Group’s Managing Director revealed that the bank “is making an immediate donation of N100million, we hope it would ameliorate the suffering of the victims.” Onyeagwu added, “ We pray God would console the families of those who died during the disaster.” While recalling the explosion on Sunday, the Managing Director said the incident initially appeared like a movie and therefore pledged to make more contributions in the course of time.

Similarly, representatives of Dangote Cement led by Emmanuel Ikazoboh, an independent non-executive director, announced: “We have been directed by the management of the company to make available N100 million worth of cement for the rebuilding of the damaged portion of Abule Ado.”

In a statement signed by Gboyega Akosile, the governor expressed appreciation for the visit and the donation by both Dangote Cement and Zenith Bank. Sanwo-Olu equally thanked Nigerians, Lagosians, and other corporate organizations for their contribution and donations to the N2 billion Abule Ado explosion emergency relief fund, assuring that the funds would be transparently managed. He added that the various donations coming in would enable the committee to manage the funds to have enough resources to work with, even though “money could never replace everything.”

With the monetary and construction contributions from both Zenith Bank and Dangote Cement, the Lagos state government will be able to build new houses and give out support for displaced victims of the explosion which will help with their recovery. On behalf of the Lagos state government, Sanwo-Olu also made a donation of N250 million as the capital base for the relief fund.