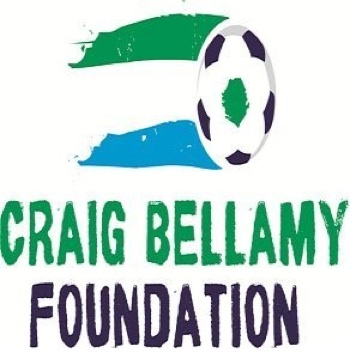 Liverpool and Wales striker, Craig Bellamy, has given a vote of confidence to students of his Craig Bellamy Foundation (CBF) in Sierra Leone, insisting that they will soon represent the country’s national football team.

Bellamy runs the non-profit football academy set up in 2008 as well as a national youth football league.

Speaking to world football governing body FIFA’s website, the Wales’ international is optimistic about the chances of the academy graduates playing for Sierra Leone’s Leone Stars.

“I really believe we will see some of the CBF academy graduates represent the national team in the next decade,” said the 31 year old. “Their first chance of selection will be in the U-17 qualifying match against Senegal in the autumn.”

However, the Liverpool star was quick to add that his main motivation is quality education for the students so they can help their different communities.

“To be honest, I would be happier if the boys went on to become doctors, lawyers, businessmen, and could use their education to help improve the country.”

“Football is just a bonus- education comes first for me and if the boys are behind in their studies, they don’t get the football opportunities.”

With Sierra Leone still recovering from the effects of a decade-long civil war, the former Manchester City player praised the effort of his national youth league in improving local communities in the West African state.

“Our league was never just about football- it’s much more than that. It’s about education, fair play, and improving local communities. Using football to get kids to school could work… UNICEF were amazed by the results we got in the first two seasons…”

CBF focuses on education, equality and community on top of football development. Over 2000 kids from Sierra Leone are involved in the youth league with a girls’ League formed in March this year.