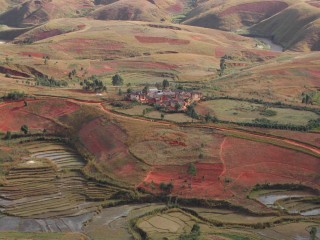 COVID-19: Madagascar to suffer a ‘devastating blow’ from tourism shortage

With the advent of the coronavirus pandemic, the Indian Ocean island of Madagascar has lost over half a billion dollars in expected tourism revenue according to official estimates.

The outbreak caused Madagascar to stop international flights on March 20 after the first cases of COVID-19 were reported. In addition, a national public health emergency was declared shutting down its three major cities: Antananarivo, Toamasina and Fianarantsoa. Although these efforts were taken to curb the virus spread, it left the megadiverse island nation already struggling with extreme poverty more vulnerable due to the lack of revenue international tourism provides.

According to the International Monetary Fund (IMF), Madagascar frequently ranks among the 10 poorest countries in the world. In 2019, more than 375,000 tourists visited the island country with annual tourism dollars reaching nearly $900 million. Reports show that the average traveller spends around $3,000 in Madagascar where 75 percent of its 25 million inhabitants live on less than $1.90 a day.

The fallout from COVID-19 is set to affect Madagascar’s tourism sector significantly.  Epidemiologist Christopher Golden, a National Geographic fellow who has been doing environmental and public health research in Madagascar for 20 years, echoes that concern. The lack of tourism, he says, is “weakening and destabilizing people’s incentives to maintain protected areas.”

In an article by Mongabay, the vanishing tourists from Madagascar as a result of COVID-19 allows for other setbacks to take place in the island country. Currently, there is uncertainty around future funding for conservation in Madagascar, which leans heavily on foreign financing and is the foundation for most tourist visits.

Madagascar has 144 protected areas spread across about 7 million hectares (17 million acres). Of these, 92 are managed by NGOs, both international and local, most of which are supported by foreign funding. MNP, a quasi-governmental agency that is responsible for 46 protected areas, also relies on foreign aid. “We will have a huge financial loss for this year, which is estimated at around 2.5 million dollars,” Mamy Rakotoarijaona, director-general of MNP, told Mongabay, describing estimates for losses in tourism revenue.

Similarly, France and Germany which are the major funders for protected areas in Madagascar are also some of the worst European nations affected by the COVID-19 pandemic and are staring at a prolonged economic crisis. It is, however, difficult to assert their future investment in Madagascar’s conservation which attracts tourists.

With about 448 COVID-19 cases confirmed in Madagascar and only two reported deaths to date, the virus stands as a stumbling block for tourists willing to visit the country. The lack of tourism revenue will take its toll on the nation ultimately leading to an overall GDP decline. The Madagascan government is therefore expected to make provisions to mitigate the effect of this tourism drop.