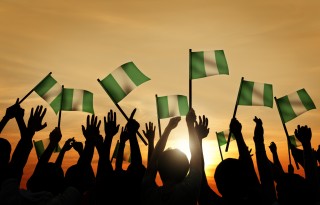 Counting the costs to Nigeria’s democracy

Today, June 12, is “Democracy day”, a national public holiday held annually to commemorate Nigeria’s planned return to democracy on the same day in 1993. Nigeria’s democratic election in 1993, the first since a 1983 coup by General Muhammadu Buhari ended the second republic, was annulled by the military government of the day. In 2019, to placate Nigerians and democratic idealists in the country, President Muhammadu Buhari declared June 12 the new official day to commemorate the country’s return to democratic rule, a change from the initial official holiday which used to be May 29.

However, in a strange twist of irony, this year’s celebration will be marred by the reality of Nigeria’s fragile democracy and that President Buhari could once again end the fourth republic. Nigeria’s ongoing Twitter ban is an apparent example of the country’s fragile democracy. There are planned demonstrations around the country today in protest against the ban, which threatens freedom of speech and press freedom in the country. Although reactions to this ban make it seem the creeping authoritarianism in the present administration started last week, the decline began much earlier.

President Muhammadu Buhari rose to power on the goodwill of millions of Nigerians in 2015, with his populist campaign agenda to fight corruption and insecurity resonating with voters. These voters ensured that he became the first candidate to defeat an incumbent president since Nigeria returned to democracy in 1999. But since then, the President has waged a three-pronged attack on some of Nigeria’s most important democratic institutions.

His first call was the judiciary, which he described as his “main headache” in the fight against corruption. After he made that statement, he ordered “Gestapo-like” night-time raids at the homes of members of the judiciary in 2016 over allegations of corruption and professional misconduct. While critics acknowledged there is corruption in the Nigerian judiciary, they criticized how these arrests were made: by a security agency (Department of Security Services) under the president’s control and not the Nigerian police. The raid was also carried out at night when arrest warrants are not valid.

In weak democracies like Nigeria, how institutions follow the constitution is almost as important as how the institutions carry out their mandates. In Buhari’s war on corruption, he has suspended laws and human rights while making up arbitrary rules as he goes. President Buhari also fired the former Chief Justice of Nigeria (CJN) Walter Omoghen on allegations of corruption just before elections in 2019, an incident many described as a plot to lessen opposition to his reelection in 2019 since CJNs head election tribunals for contesting election results. The United Nations described this decision as a “breach of human rights”. Omoghen’s replacement, nominated by the administration, has been accused of being a figurehead appointment for the Buhari administration.

His second attack on the Nigerian legislature has been more subtle than overt like the judiciary. Buhari’s administration spent his first term demonizing the former Senate President, Bukola Saraki, over corruption until he stepped down in 2019, although there were no convictions or imprisonment to that end. This action became a precursor to the ruling party, the All People’s Congress (APC), winning most of the Nigerian legislature seats in the 2019 election after the senate had spent the previous four years battling allegations of corruption and citizen mistrust stemming from the allegations.

Nigeria’s 9th National Assembly, currently headed by ruling party members, has been amenable to Buhari’s requests. If you ask the average Nigerian if the present legislature could conflict with the president on any issue, you will receive a resounding “no”. Its weakness and impotence have never been more glaring, as shown through its inability to hold security chiefs responsible for the spate of insecurity in the country and its failure to speak truth to power when the presidency announced a Twitter ban. A report this year also showed Buhari has failed to sign more than 200 bills sent to his office since 2015, effectively slowing down the work of the senate assembly.

Finally, Buhari’s most overt attack on democracy has been his frosty relationship with the media. The Twitter ban was a culmination of his angst with free speech and press freedom, not the beginning. APC senator Mohammed Sani Musa introduced a social media bill seeking government regulation in the Nigerian senate in 2019. The bill aims to criminalize “fake” news on social media and gives the Nigerian government legal backing to institute internet shutdowns at its whim. The problem with that? The Nigerian government is the biggest purveyor of fake news in the country, having denied its role in shooting #EndSARS protesters at the Lekki Toll last year.

The internet and social media present a space for civil society and opposition to check government propaganda and advocate for the protection of their rights, especially since the other branches of the government have been muzzled. One such advocacy led to the #EndSARS protests in October 2020, spearheaded mainly by youths against police brutality. It remains one of the biggest protests in Nigeria in recent years.

The mobilization of #EndSARS protesters on social media sites like Twitter and Facebook and the eventual live broadcast of what has now been dubbed the “Lekki massacre” on Instagram is proof that both the Nigerian populace and the government understand the significance of social media to the freedom of speech and association, as enshrined in Nigeria’s 1999 constitution. Unfortunately, the bills, the Twitter ban, threats to revoke licenses of media houses and radio stations, and other government actions have prevented the press and independent journalists from playing their societal role as watchdogs checking and balancing government excesses. The absurdness of these laws is also emphasized by the economic cost of these decisions. The Twitter ban has cost Nigeria N6 billion (about 14.6 million dollars) since it was enacted, yet it is sustained. Further proof that the presidency has little to no concern for the country’s welfare.

This strategic undermining of Nigeria’s democracy seems haphazard at first glance. Even Nigerians have excused Buhari’s actions as an addict relapsing into his addictions, in reference to his past as a military general and dictator. But these actions are becoming more the norm than the exception, with the Nigerian government existing between a floundering democracy and total authoritarianism. If one were to describe Nigeria’s democracy precisely, it is closer to competitive authoritarianism than a democracy. In competitive authoritarianism, there is a democratic façade concealing inner authoritarian machinery. Elections are held frequently, but opposition parties and supporters are harassed and denied media coverage. Election results are manipulated and presented to international election observers as the real deal. Journalists, opposition leaders, civil society and critics are harassed, threatened, arrested on arbitrary or trumped-up charges under the guise of “national security” or fighting corruption. The judiciary and legislature, both the second and third arms of government who check the excesses of the executive, are rendered useless by the latter.

What is next for the Nigerian government? If Buhari’s administration follows this trajectory, then Nigeria’s 2023 presidential elections become more critical than ever. Trying for a third term in the legislature or consolidating control over the outcome of the polls for their candidate will become a priority for the presidency and his ruling party; a step they seem to have taken with the nomination of the president’s special assistant and avid supporter, Lauretta Onochie, as Nigeria’s electoral commission chairman. The national chairman of the Independent National Electoral Commission (INEC) in Nigeria should be non-partisan and not affiliated with any of the candidates. Perhaps the president did not get the memo or has simply ignored it.

To deviate from this current trajectory, the press and opposition need to speak out more than ever to summon a national consciousness and provide checks to the Buhari-led government. Waiting on the judiciary and the legislature to do this might be too late, especially as the state of Nigeria’s security and economy is connected to these decisions. There is no better day to speak up against the repressive administration growing in Nigeria than on Democracy Day.