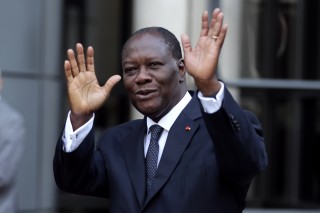 Since the announcement of the resignation of the government in Cote d’ivoire earlier this month, many local and foreign observers were expecting major changes in the government. This comes after President Ouattara mentioned, after his reelection, that he wanted a younger team, with a greater number of women. In fact, since President Ouattara became the president of the Ivory Coast in 2010, his administrating officers have changed a few times but the members of his core governing team have remained more or less the same.

Unfortunately, those who were expecting great changes and were already announcing the removal of some ministers such as Patrick Achi, Minister of Infrastructure or Gaoussou Toure, Minister of Transport will have to wait a bit longer because most of the members of the previous team were kept in the same position or simply moved to another one.

M. Charles Diby Koffi the former head of the Ministry of Foreign Affairs, M. Gnenema Coulibaly in the judicial arm of the government and M. Cisse Bacongo in the office of Public Administration were removed. M. Charles Koffi and M. Gnenema Coulibaly are said to have played a role the brief diplomatic crisis between France and Cote d’Ivoire but the issue was resolved quickly and peacefully.

What’s new in the government?

New official include M. Alain Donwahi to the Ministry of Defense, M. Sansan Kambile in the Ministry of Justice, Mrs. Ramatou Ly Bakayoko for Higher Education and M. Adama Kone to the department of Economy and Finance. In fact, prior to being appointed minister, M. Donwahi was the Secretary General of the National Council of Security, M. Kambile was a magistrate, Mrs. Ly-Bakayoko was the Dean of the University of Cocody-Abidjan and M. Kone was the Director General of Tax Revenues and so observers see them as the good surprises in this not-so-new team as they are experts in the fields where they have been put to work in.

As for the surprises, the Secretary General, two Deputy Secretary Generals at the Office of the President and Thierry Tanoh, former Ecobank CEO, are now ministers, attending the ministers’ council, in addition to answering to the Director of Presidency Communication Department. The reason for this, according to the President, is to create better follow-up and management of projects being carried out by the government.

In a nutshell, people are quite disappointed with the composition of the team. However, President Ouattara mentioned that he chose to promote consistency while creating his team and as a result of this, most of the previous members were confirmed in their former positions in order to speed up the projects they had begun. The government will now have to focus on the next term and how to build “a new Cote d’Ivoire” by tackling issues surrounding youth unemployment, the reconciliation process, how to better share the wealth among the population and draw up the new constitution which should be voted on by next year.