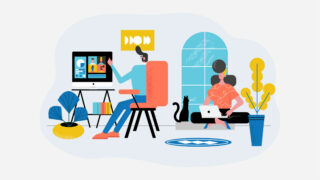 Consumer trends to look out for in 2022

2021 started with a lot of uncertainty. The world was straddled between resuming economic activity and safety from the pandemic. But as lockdowns eased and vaccines rolled out, the coronavirus became less dreadful. However, it is not business as usual — a lot has changed. Many people who lost their jobs to the pandemic are still unemployed, and several businesses are still struggling to recover. Also, consumer preferences are evolving quicker, forcing brands to be perceptive to stay in business.

In 2020, safety and survival were at the top of consumers’ priority lists. As a result, pharmaceutical products and essential goods became the most in-demand products. Also, e-commerce and delivery services boomed as consumers could not shop physically. Fintech boomed with an 800 per cent growth in Nigeria as banks were closed. Several innovations were developed to help people cope with the lockdowns. Post-lockdown, consumers still held on to many of these preferences. Ventures Africa presents important consumer trends businesses need to pay attention to this year.

The speed of technology adoption among consumers has increased. According to a report by Business Insider, the African mobile app market had tremendous growth throughout 2020 and into 2021, with overall app installs increasing by 41 per cent. It also states that Nigeria led mobile app installs in Africa. In 2020, the number of people using mobile phones to make financial transactions surged. Apart from the closure of banks, the need for social distancing reduced the appeal of cash. Also, it affected purchasing behaviour as people moved to e-commerce to avoid physical contact. Similarly, more people rely on productivity apps for their work than ever before.

Nigeria also had its worst recession in four decades, in 2020. However, despite the drastic reduction in their purchasing power, Nigerians bought more smartphones than before. All of this shows that people now want to live digitally. Even consumers who were once considered digital holdouts now want to continue the online behaviours they picked up during the pandemic. Some have grown a preference for staying at home after the lockdowns and, as a result, want to buy everything they need at home. Thus, brands that provide efficient digital alternatives to consumer needs are likely to sweep the market. A survey by Salesforce showed that 88 per cent of consumers expect companies to accelerate digital initiatives after the pandemic.

Digital marketing is one of the most in-demand skills in Nigeria. This is because more consumers interact with the internet than ever before. However, as consumers become more digitally included, they become more intelligent. Today, consumers are more aware of the role that brands play in their daily lives. According to a report by Smart Insights, more consumers now deliberately research to find the products and services that suit them. The survey even reports that they make more purchases from research than from adverts and recommendations. This implies that the “herd” strategy may be losing traction. Consumers don’t want to be deceived, so a high number of likes and shares or retweets might not be impressive enough in 2022.

Africa is recognized for having the fastest urban growth in the world. Its urban population in 2015 was 567 million people, compared to 27 million in 1950. According to McKinsey, there will be 100 African cities with more than one million inhabitants by 2025. By then, just under half of all Africans (45 per cent) will be living in a city.

In some countries, such as Nigeria, Ghana, and Angola, the proportion of urban residents will increase to over 80 per cent of their total population by 2050, when 800 million more Africans will have moved to urban areas.

We know that urbanisation can drive growth. In Africa’s large metropolitan areas, the amount of money spent on consumer goods and services is typically 79 per cent higher than the national average. Urbanisation is also beneficial to the real estate business because it increases demand for land and housing.

The spread of the coronavirus was relatively slow in Africa. However, it did not spare livelihoods. Even after the lockdowns, unemployment rates are at an all-time high. According to Development Aid, 490 million Africans live in extreme poverty. Nigeria’s poverty profile for 2021 is not yet known. However, it is expected that the number of poor people will rise to 90 million (45 per cent of the population) in 2022. This means there will be fewer consumers with strong purchasing power. Nigeria’s middle class is shrinking; this will influence their spending behaviour.

Nigerians battled with quick inflation in 2021. The Nigerian Bureau of Statistics (NBS) reported that the inflation rate dropped continuously for seven months. However, its figures have not been reflective of market realities. In 2021, many Nigerians opted for alternative cooking fuels as the price of cooking gas surged. Rising poverty and inflation are eroding the purchasing power of Nigerians, and as a result, more of them will tend towards cheaper options this year.

Interest in Nigeria is declining

Consumer spending in Nigeria has been on a downward trend since 2015. Several factors are responsible for this, including inflation and reduced income. However, it also signals a decline in consumer interest — Nigerians are reducing the amount of money they spend in Nigeria.

According to a report by the World Bank, 50 per cent of Nigerian youths want to emigrate permanently. The report also states that Nigerians were the largest group of migrants from Sub-Saharan Africa that entered Europe in 2016 and 2017 — the same period consumer spending was declining.

In 2020, the pandemic restricted travelling. As a result, business was slow for airlines and travel agencies. But with travel restrictions lifted, the market is open for brands that innovate ways to make travelling easier.

The Fast Moving Consumer Goods (FMCG) sector is known for quick adaptation to consumer behaviour. In Africa, these companies have to keep adjusting their products that suit countries with a shrinking middle class. Sales of products in small sachets have increased in high-inflation countries such as Nigeria. But consumers are looking for more short-term ways to cope with the loss of purchasing power.

The growth of the liquid soap market in Nigeria proves that consumers now want products with multiple functions. Hypo grew its market share by marketing its bleach, an already cheaper alternative, as a toilet cleaner. Volatile exchange rates and inflation are fuels for this preference. In 2020, Nigeria recorded one of the highest inflation rates in the world.

This year, brands that innovate products to serve multiple needs will have a market edge. Telecom brands are adopting this by providing financial services to their customers.