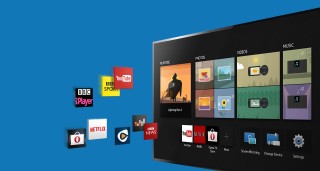 Competition for Africa’s Video-on-Demand market is heating up

In April, iROKOtv, the world’s largest online distributor of Nigerian movies, signed a deal to have its content featured on StarTimes Media bouquet. The move was expected to grant it a monopoly of the SVOD (Subscription Video on Demand) market in Nigeria—and a significant share of Africa’s—as it continues to seek out ways to diversify its online Nollywood streaming business. However, less than two months after its launch, it already has a rival.

Last week, EbonyLife TV, Africa’s first global black multi-broadcast entertainment network, revealed that it was also entering the VoD market. it has sealed a strategic partnership with software developer and multimedia services company, SUMMVIEW, in preparation for the launch.

Although the services had already been made available on mobile and online platforms, this agreement is a stepping stone towards expanding its content reach. EbonyLife TV now offers the African Diaspora users access, from their laptops, smartphones, tablets or, to unique Africa-made on-demand content.

Ms. Mo Abudu, Executive Chairman and CEO of the media firm, expressed enthusiasm with this development.“The ‘one stop shop’ offer of SUMMVIEW allowed mastering the costs and securing the roll-out.”

iROKOtv may have over 10 million people subscribed to its Youtube channel, with an average growth rate way above 100 percent, but the media platform still struggles with getting Africans living in Africa to fully enjoy its offerings. This is due to the relatively low internet capacity available to a young digital community. Despite a surge in mobile penetration, now at 85 percent, internet proliferation still hovers around 26 percent, which is well below the global average of 35 percent.