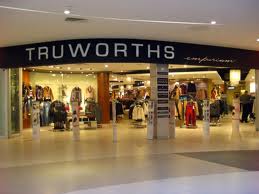 Truworths said the effective date of the acquisition is likely to be in the first three months of next year.

Additionally, executives of Earthchild, who are among its shareholders, have reached an agreement to continue to be employed by Earthchild up until the conclusion of the “three year earn-out” period.

Michael Mark, the CEO at Truworths, said that Earthchild would add an important new dimension to the Truworths portfolio of fashion retailing interests.

“The intended acquisition of the Earthchild and Earthaddict businesses will have great growth prospects, which together with our rapidly expanding LTD Kids business, will reinforce our growth prospects in this area of the market,” Mark said on Tuesday.

“We are committed to providing the necessary financial and other resources to increase the number of Earthchild and Earthaddict stores relatively rapidly, introduce a credit facility for customers, and grow the operations beyond South Africa,” Mark added.

Jonathan Katz, the Earthchild CEO, said partnering with Truworths would be beneficial to the firm as the business entered the next stage of its impressive recent growth trajectory.

Katz and Jared Kahn, who holds the position of COO and CFO, would continue in their roles at Earthchild after the takeover by Truworths has been completed.

“As one of the founders of the business I am proud to have worked alongside a passionate and capable team, and developed the Earthchild and Earthaddict brands to their well-regarded position in the children’s and ladies apparel market, Katz said.