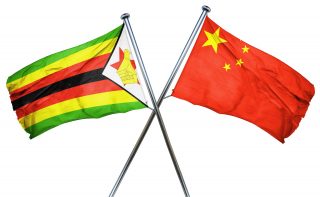 Harare City Council of Zimbabwe yesterday revealed its intent to partner with a China state-owned engineering and construction company, Sinohydro Corporation Limited. This partnership is worth $237 million and is aimed at the construction and maintenance of new and existing sewage treatment plants in the city.

This project will improve the quality of water, treatment capacity and curb environmental pollution and the outbreaks of diseases. The council has set up a team of engineers who are currently looking into the proposal and making consultations with Sinohydro. This is just one of many other projects China has invested in the struggling economy.

It also implies there is a continuity to China’s investment on the continent. Chinese investments across Africa remain undefeated and they (China) has continued to be one of Africa’s leading economic partners. However, some have argued that the relationship seems to benefit only China’s interest. Under the administration of past president, Robert Mugabe, several deals were sealed, and incumbent President Emmerson Mnangagwa has continued in the line of his predecessor.

In 2016, China gave its own contribution to the upgrade of Victoria Falls International airport in Zimbabwe. Then two years after, it funded the expansion of Zimbabwe’s Robert Gabriel Mugabe International Airport under the intentions of making it a regional aviation hub.

Zimbabwe had also signed a $1 billion agreement with China’s Tsingshan Holding Group, and a big producer of Stainless steel. This deal was to be used in the construction of a steelmaking plant.

Also, NetOne is a Zimbabwe-based telecommunication operator that has upgraded its network in the last years from a 4G/LTE coverage through a nationwide rollout. This upgrade is widely accredited to the state’s ties with China for the facilities provided and the fund provided by the China Eximbank.

Trade between Zimbabwe and China in several fields like tobacco, tourism, infrastructure, mobile phones and hydropower has also grown into over $1.2 billion annually. Yet, not much impact has been recorded in Zimbabwe.

Zimbabwe’s economic crisis has continued to widen even with its bilateral ties and international investments. Fuel prices have continued to hike, unemployment rates have also grown significantly and some of its other sectors including aviation and agriculture have struggled.

China has also invested in other African countries like Nigeria and Angola. It has been argued that this China-Africa trade is the country’s means of expanding and taking over Africa’s market.