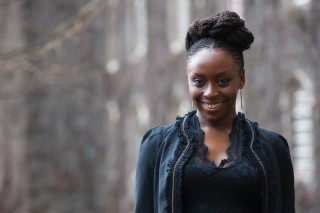 Widely acclaimed Nigerian novelist, Chimamanda Ngozi Adichie, has recently been elected into the 237th class of the prestigious American Academy of Arts and Sciences, one of the highest honours for intellectuals in the United States. BBC reports that the author will be one of 228 new members to be inducted on the 7th of October, 2017.

Other members of the class include singer-songwriter John Legend, award-winning actress Carol Burnett, chairman of the board of Xerox Corporation Ursula Burns, and mathematician, Maryam Mirzakhani.

Don Randel, Chair of the Academy’s Board of Directors describes the class as a group of individuals whose talents and expertise will enrich the life of the Academy and strengthen its capacity to spread knowledge and understanding in service to the nation.  “It is an honour to welcome this new class of exceptional women and men as part of our distinguished membership,” he said.

The American Academy of Arts and Sciences is one of the country’s oldest learned societies and independent policy research centres, convening leaders from the academic, business, and government sectors to respond to the challenges facing, and opportunities available to the nation and the world.

This is a very well deserved honour for Chimamanda Ngozi Adichie. As one of the world’s leading feminists and an insightful cultural critic, she has become quite influential on the global stage over the years, continually gaining recognition. The author who earned a Master’s degree from Johns Hopkins’ Writing Seminars in 2003, is no stranger to awards and has amassed quite a number already.

In May 2016, Adichie was awarded an honorary degree by the Johns Hopkins University in Maryland, United States. Her novel, Americanah, won the National Book Critics Circle Award for fiction in 2013. In 2008, she won a MacArthur Foundation genius grant.

A year ago, Adichie was listed among Time’s 100 most influential people. Last November, she received the award for the ‘Best of The Best’ female fiction writer for the last decade by the Baileys Women’s Prize for Fiction and also made the list of 100 most influential Africans by the New African Magazine. And in January 2016, she made Ventures Africa’s list of 15 African Creatives To Watch Out For.