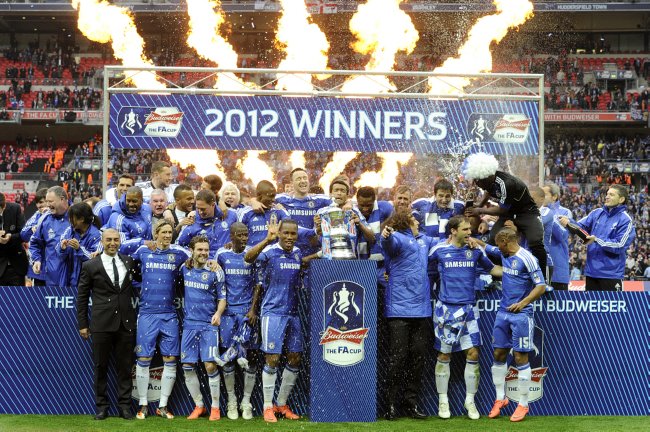 Ivorian striker, Didier Drogba’s second half strike was enough to give Chelsea side a 2 : 1 win over Liverpool and secure the 2012 English FA Cup.

The win is interim manager Roberto Di Matteo’s first trophy and also sees the African quartet of Didier Drogba, John Mikel Obi, Salomon Kalou and Michael Essien winning the first of what may turn out as a cup double winning season.

The first half ended with the 1 : 0 scoreline. But minutes into the second period, Drogba collected a Lampard pass in the area and fired a left footed shot into Reina’s left corner to double Chelsea’s lead and score his fourth goal in an FA Cup final.

However, the game seemed to turn into Liverpool’s favour when striker Andy Carrol replaced Jay Spearing. Carrol immediately reduced the deficit after some hesitant defending from the Blues.

And with about eight minutes to go came the game’s moment of controversy. Carrol though he had scored Liverpool’s equaliser when he nodded in Suarez’ cross but somehow Chelsea’s keeper Petr Cech deflected the cross onto the woodwork with replays inconclusive as to whether or not the ball crossed the line.

Chelsea hung on to their 2 : 1 lead to be crowned the 2012 FA Cup winners–their seventh FA Cup win.