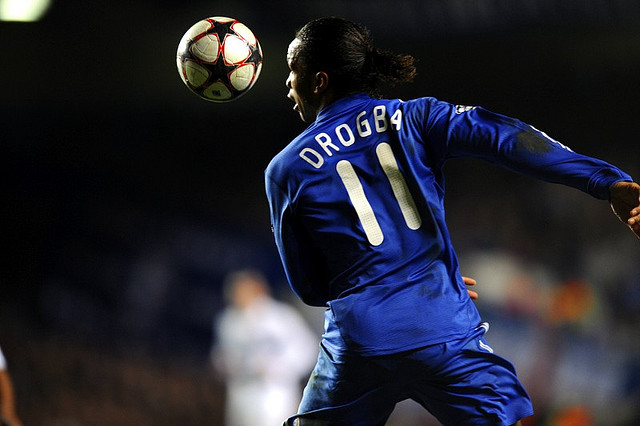 It is crunch time! The semi-finals of the world’s biggest and most glamorous cup competition, the UEFA champions league is here again. Nine-time champions’ Real Madrid are up against four-time winners, Bayern Munich. While revenge will be in the air as several African stars come up against each other at Stamford Bridge as Chelsea hosts defending champions Barcelona. Here’s a preview of both games:

CHELSEA VS BARCELONA
Drogba/Mikel/Essien/Kalou vs Keita
He will definitely not be the centre referee when this game at Stamford Bridge kicks off on Wednesday, but the name of Tom Henning Ovrebo has been a topical issue in the build-up to this game. The Hungarian referee was accused of denying the Blues 1, 2, 3 or 4 penalties (depending on which side you are on) the last time the teams met in 2009. Ghanaian sensation Michael Essien had scored a stunner in the first half but with seconds remaining in the game, Spanish world cup winner Iniesta scored the equaliser, which knocked Chelsea out. The Blaugrana went on to outclass Manchester United in the final.
Three years on, the memory of that semi-final exit still lingers on in the minds of Chelsea players as well as their supporters. For the African quartet of Drogba, Kalou, Essien and Mikel, revenge will definitely be in the air even though very few Chelsea fans will admit that Barca should have had at least one penalty in the first leg of that semi finals 3 years ago. Or agree that Barca’s Eric Abidal was wrongly sent off at Stamford Bridge.

Fast forward to 2012 and Abidal will not be travelling to London as he is recuperating from a liver tumor operation. But Barca coach Pep Guardiola welcomes back Dutch player Ibrahim Affelay who has been out for the last six months. For Chelsea, defender David Luiz is a major doubt with a hamstring problem he suffered in the 5 : 1 defeat of Tottenham in Saturday’s FA cup semi final. Also defender Gary Cahill is a doubt after suffering a foot injury and Captain John Terry has been playing through pains with a rib problem.
The game promises to be an explosive one with Barca defender Dani Alves already stoking the fire. The full back claims Chelsea lost the 2009 clash because of fear. Speaking to the Guardian Alves said: “People say Chelsea should have won but for the referee but what can we do about that? I think that (in 2009) Chelsea didn’t reach the final because of fear. The team that has got a man more, at home winning 1 : 0 should have attacked us… they took a step back and they paid for it.”
Well, I’m pretty sure Drogba and others will aim for a pay back on Wednesday.

But just before this Stamford Bridge encounter, Bayern Munich will host Real Madrid in an eagerly anticipated clash. In the early 2000’s this seemed to be a permanent fixture. But before that, Bayern vs Madrid had always been a feisty affair as there’s no love lost between both sides. As the Guardian’s Sid Lowe says, “Barcelona apart, no one gets the Bernabeu really roaring like the ‘teutonic’ team.”
To the game proper, Real Madrid’s German duo of Sami Khedira and Mesut Ozil are expected to play against Bayern but Ricardo Carvalho and Lassana Diarra may miss the game due to injuries. For Bayern, Bastian Schweinsteiger may start from the bench while defenders Daniel Van Buyten and Breno may miss the game.
Bayern duo of Coach Juup Heynckes will be coming up against their former clubs. Heynckes was Madrid’s manager when Los Blancos won the champions league in 1998. He was sacked after that. However, unlike Chelsea the German won’t be looking for revenge but will be attempting to make sure Bayern qualifies for the final which will be hosted in their Alianz Arena stadium. That’s a lot of incentive going into this game.