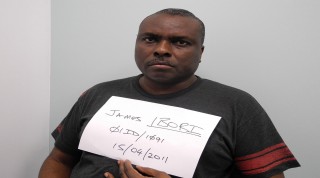 Celebrating the release of Ibori: If our “best leader” is a convicted criminal, then surely change in Nigeria is sheer fantasy

I love social media; Facebook, Twitter, and Instagram are my favourites. These mediums often serve as a good source for news; an “independent platform” of expression, and also a place where people engage in hilarious, intelligent, and occasionally, ludicrous conversations. In the final weeks of 2016, my Facebook timeline was flooded by one of such occasional ludicrous conversations – the celebration of the release of Chief James Onanefe Ibori from a London prison.

The former governor of Delta state was released on Wednesday, December 21, 2016, having completed a 13-year jail term for stealing about $250 million of public funds. But never have I witnessed a more peculiar reaction to the release of a thief as people posted congratulatory messages, and sang his praise. “Happy freedom day, Ibori.” “Deltans welcome you home.” “Welcome back Chief James.” I was perplexed. Are (my) people celebrating a thief? Worse still, these posts were made by seemingly intelligent young people, some of whom I attended school with. Some blatantly argued that he is no thief and that he is only a victim of circumstance of selective prosecution, and political enemies’ scheme, whatever that means. Others did agree that Ibori is a thief, but that “he is a thief with a big heart for his people.” I kid you not, someone actually said that. But nothing put me off more than the youths who addressed him as their mentor. Mentor?! Really?!

The arguments of these set of individuals were centred on Ibori’s work and achievements while he was governor. Truly, Ibori made a good number of infrastructural developments while in office; he constructed roads, built bridges, and stadia in local government constituencies. Salaries of public servants were paid on time, and teachers and farmers were granted easy access to loans. All of these are characteristically expected of a state governor. But because we are so used to having ineffective leaders, it was a big deal. Ibori simply did a fraction of what he was elected and paid to do as governor of the state, and with that, blindfolded the eyes of many while he stole money from the state’s treasury, buying properties abroad, and stashing them in offshore tax havens.

These ridiculous arguments shocked me, they made me question our collective cognition. They revealed not just how far behind we are as a society and nation in terms of industrialisation, education, and standard of living, but also why we are so far behind – our reasoning is flawed. So flawed that we celebrate mediocrity. We celebrate a thief.

“The thief, as will become apparent, was a special type of thief. This thief was an artist of theft. Other thieves merely stole everything that was not nailed down, but this thief stole the nails as well.” ― Terry Pratchett

“Ibori made men,” they say. What sort of men? I ask. What calibre of men could a thief possibly make? A cabal of thieving sycophants. The kind of men that still occupy the state house today. Men that offer crumbs to the people while they themselves feast in abundance. They give with one hand and steal with the other. These so-called protégés have aptly followed in the footsteps of their mentor. When in power, their scheme is often to ‘take’, to siphon huge chunks of public funds into foreign accounts and phantom companies while they execute a few noticeable projects. And then ignorant people sing their praises at the end of the day. Ibori has been branded the best governor Delta state ever had. What does it say about us, that our “best man” is a convicted criminal?

It was, and still is disheartening for me to have witnessed such idiocy; of young men and women my age rejoicing over the release of a thief like he was some revolutionary hero. Of old school mates extolling mediocrity. And of potential leaders referring to him as their lord and mentor. Apparently, the future of our state and country seems bleak, and the road to advancement; both intellectual and otherwise is a long one.

“For if you suffer your people to be ill-educated, and their manners to be corrupted from their infancy, and then punish them for those crimes to which their first education disposed them, what else is to be concluded from this, but that you first make thieves and then punish them.” ― Thomas More, Utopia