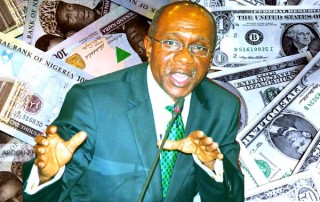 “They will enter our homes and search them without a warrant. They will confiscate contraband. And they will take any ‘excessive resources’ that you may have accumulated. “

The Nigerian Government has just proposed a jail term for anyone holding dollars for more than thirty days in the country. The government proposed this through a draft amendment of the Foreign Exchange act. The punishment for anyone caught hoarding dollars would be a jail term for as long as two years or payment of a fine of 20 percent of the amount found on them. The contradicting state is that the Central Bank of Nigeria (CBN) has come out to deny supporting the bill.

Will the hoarding ban boost the value of the naira?

In 1933, the United States of America issued Executive Order 6102–a presidential executive order by Franklin D. Roosevelt (FDR)–forbidding the hoarding of gold coins, gold bullion, and gold certificates within the continental United States.

The private gold holding ban lasted for four decades till President Gerald Ford lifted it in early 1975. Before then, gold served as a medium of exchange. Almost like the Nigerian situation, America faced its worst financial crisis ever- The Great Depression.

The country was burdened with high unemployment rates, rapid rise in inflation and a fall in the value of the dollar. People felt safer hoarding currencies than keeping them in the bank. This led to the American government introducing the Emergency Act in 1933.

The same thing can be seen in Venezuela, as the country banned the hoarding of dollars and other items. The aftermath was drastic–food shortages increased and prices of commodities spiked leading to higher inflation rates. Culling from these examples, it is evident that the naira value would just fall further rather than rise if this bill is passed.

Banning hoarding just makes people hoard more. This is synonymous to the sign regularly seen in several parts of Nigeria–“Do not urinate here.” The natural reaction of some people when they see the sign is to unleash their irrational mentality and urinate there.

The Nigerian Government has decided to adopt this unorthodox method of increasing the supply of dollar in the economy by stopping people from holding dollars. The fear of this bill, as we see, is truly bringing us back to the days of President Muhammadu Buhari’s military regime in 1984. If the bill is signed into law, this indicates that unwarranted searches can be done in people’s houses just to look for the revered ‘dollar’.

First, this is an absolute abuse of human rights in a democratic country. Nigerians cannot be seen to be safe if there is a fear of someone knocking at the door of their houses, probably at night with their kids at home because they want to search for ‘dollars’.

The availability of dollars to companies is also uncertain. Some companies have participated in the act of keeping dollars to accommodate speculation and hedge against fluctuating dollar prices. As a result of this law, they would have to forgo their dollar reserves. Companies such as this would have to join the hustle with other companies and individuals sourcing for dollar funds from Central Bank of Nigeria (CBN). It is uncertain that a release of their dollar reserves would result in the ease of sourcing for dollars from the apex bank. The anti-hoarding law would also chase potential investors from investing in the country as they would be scared of bringing dollars into the country.

The government’s proposed plan would just create rent-seeking platforms for the individuals and businesses to exploit. If the bill is passed, more people would hoard dollar, prices would rise, inflation would go higher and consequently lead to fall in the value of naira. The government’s strategy towards banning dollar hoarding is just a wrong move!

The CBN should focus on issues already at hand. The CBN’s monetisation of dollar receipts from crude oil has led to a drastic increase in naira liquidity, creating an excess flow of naira in the economy. This excess naira liquidity has been a major cause of the hike in inflation. A ban of the dollar would even make the situation worse as more naira supply would increase the money chasing the already reducing goods within the economy. It would lead to a hike in prices of commodities and increase in inflation.

The Federal Government needs to rethink this amendment and focus on creating a better business environment rather than scaring investors. The messiah and his team would better serve Nigeria by introducing better policies to curb the fall in the value of naira.