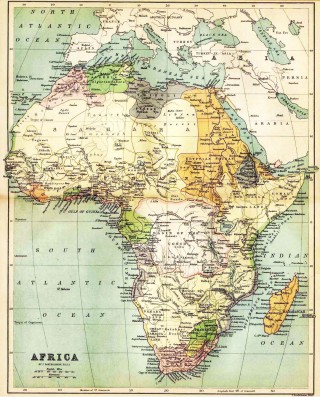 As presidential elections draw closer, authorities in the Central African Republic (CAR) and Burkina Faso are taking measures to ensure that soon-to-be successors contribute to the transformation of economic growth into far reaching development on the continent. CAR’s constitutional court has ruled that anyone serving in the transitional authority is ineligible “regardless of the length of time he filled his functions… and whatever the causes for stopping these functions.”

This comes after the establishment of a transitional authority to end over two years of violence while leading the country to a transformed elections scheduled for Oct. 18. In the course of election hysteria, some interesting discoveries were made as ‘surprise’ candidates comprising of former heads of government and sons of ex-presidents announced their intentions to run as independents. However CAR isn’t the only nation gripped by electoral fever in the run up to presidential polls.

Compaore was driven out of power last October by street protests after he tried to change the constitution to allow him to extend his 27-year rule—one of the many reasons why Burkina Faso relinquished power to a transitional civilian regime. It’s constitutional council has therefore remained committed to a new regime by ensuring that anyone with close ties to the deposed leader. The committee also rendered more than 40 candidates ineligible for the legislative elections on the grounds they may be party to “anti-constitutional change damaging to the principle of democratic transition”. For anyone who supported his efforts to remain in power would likely pose a threat to economic upliftment at the peak of Burkina Faso’s revolution.

But even though Blaise Compaore may argue that he improved the economics of the West African country, the huge gap between the rich and poor and the near 50 percent poverty rate are louder than his achievements.

In the last three years, people power has overthrown long-time rulers in Tunisia, Egypt, Libya and most recently Burkina Faso following the refusal to bow to Compaore’s desire. This was supported by Burundi’s rejection of a third term agenda for Pierre Nkurunziza last year, although the president of nine years continues to fight to stay in power. Also Botswana’s President, Ian Khama, was blocked by the courts from appointing his brother as vice-president.

CAR and Burkina Faso are determined to rid their countries of sit-tight leaders who manipulate the constitution in order to remove term limits and remain in power; thereby paving way for political and economic leaders who will break the trend of tampering the constitution for personal gains.

On October 11, Burkinabes will choose a successor.