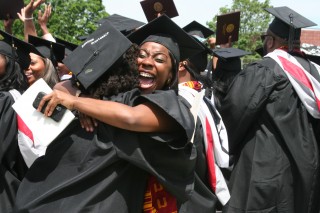 As a result of the increase in the number of Nigerian international students studying in Canada every year, the North American government has introduced a new pilot program intended to accelerate the study permit application process for Nigerians.

The government under its latest policy has invited 3,900 Express Entry candidates to apply for Permanent Residency. This is in line with its latest draw, with a Comprehensive Ranking System (CRS) score of 471, a point over the previous draw held in February, which had a minimum score of 470.

The CRS is a score awarded to applicants, considering factors such as age, education, skilled work experience and language ability in English or French. This indicates that all candidates with CRS scores of 471 and above who entered their profiles in the Express Entry before the date received invitations to apply.

Recently, Canada introduced a program to fast-track study permit processing for Nigerians interested in studying at a university in the country, although the pilot is for those who have been offered admission to a Canadian post-secondary institution such as a bachelor’s, master’s or doctorate degree program, or a post-graduate diploma course, according to Immigration Refugees and Citizenship Canada (IRCC).

The initiative, which is aimed at shortening the process involved in acquiring study permits for Nigerians from an average of eight weeks to 20 days, was to reach the country’s 85,800 Invitation To Study(ITS) targets. The country has started issuing invitations in this regard, which will bring to the total number of Invitation To Apply(ITAs) issued this year to 18,700, indicating a 21.79 percent achievement so far.

A report shows that quite a number of Nigerians preferred Canada as a place of studying, with a total number of 11,985 study permit holders from Nigeria, making it the ninth most popular source country for international students.

However, there is a need to focus on why many Nigerians shun the country’s education for Canada. It is quite alarming that the Nigerian immigration to Canada has been booming in recent years, being the fourth most represented nationality among new permanent residents in 2010 who are in search of academic pursuits that give study-work opportunity to immigrants.

The education system in Nigeria is said to have declined due to its poor learning environment and recurring strike actions. This causes an increase in the actual duration of a program that would have been completed in four to five years.

The Nigerian government will need to build a team of creative problem-solvers who will innovate new and cost-effective ways of delivering quality education to Nigerian students.