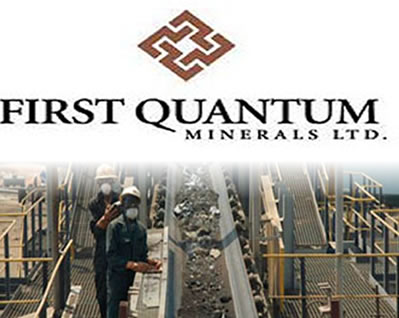 Canadian mining company, First Quantum Minerals  is set to invest more than $4 billion in a new mine project in Zambia, with plans for further expansion in the country the company’s head of tax, Adam Little disclosed in an interview with Reuters on Thursday.

According to Little, the investment and expansion projects will span a period of 2 to 3 years in Zambia.

Mr Little revealed that funds exceeding $2 billion would be invested in upgrading First Quantum’s mine in Kansanshi while $1.7 billion has been earmarked for the company’s new Trident mine.

He also described the company’s ongoing consultation with the Zambian government on deals to guarantee policy stability. Little said: “It would be nice and would help us with our investment if we could have some assurance for maybe 15 years that the tax rates would be as you see them now”

First Quantum’s head of tax also implored the government of Zambia to cut down its royalty taxes on minerals which rose from 3 percent to 6 percent in 2011.

“We at First Quantum and probably the industry as a whole would prefer the mineral royalty tax to be at a lower level, in the 3 to 4 percent range,” he said.

While responding to the allegations made by Zambian officials that mining companies were not paying their due taxes, the company’s head said the government may be working with wrong figures of copper output.