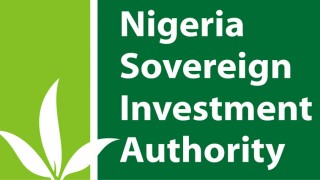 What does the Nigeria Sovereign Investment Authority (NSIA) think about the government’s planned $25 billion infrastructure fund?

Nigeria’s Vice President, Yemi Osinbajo has released a statement that the Buhari administration intends to spend $25 billion on an infrastructure fund to invest in the transport and energy sector as a way to develop the country’s failing road, rail and power structures to boost economic growth.

Although, the Vice President did not state the timeline guiding the fund, he said the fund would be set up with contributions from local and international sources including Nigeria’s sovereign wealth fund and domestic pension funds. The NSIA was actually set up for the purpose of managing and investing funds on behalf of the Nigerian government. He further stated that other sovereign wealth funds have already indicated an interest in the fund.

The Nigeria Sovereign Investment Authority (NSIA) is an institutional investor which began operations in October 2012, manages the Nigeria sovereign wealth fund into which the surplus income produced from Nigeria’s excess oil reserves is deposited. The NSIA has three separate funds:  the Stabilization Fund is responsible for solving budgetary challenges; the Infrastructure Fund caters to the building and maintenance of infrastructures in the country and the Future Generations Fund is focused on investment and assets to provide savings for future generations.

“The NSIA states categorically that it has never been invited by the Ad-hoc Committee on the Management of Excess Crude Account proceeds and accruals of the National Economic Council (NEC) to make a submission on its operations in the first instance. Neither did it make any presentation or submission whatsoever to the Ad-hoc Committee. However, the Management of NSIA remains open and available to provide details on its operations and accounts to all its stakeholder”.

In a telephone interview with Titilope Olubiyi, the Communication Adviser to the NSIA, Ventures Africa learned that the Uche Orji, the Managing Director of the NSIA is in support of the federal government’s intention to spend $25 billion to address challenges in the transport and energy sector. “In a number of interviews our Managing Director has granted prior to this time, he has shared some information on the infrastructure deficit in the country, which is estimated at over $300 billion. So having the government focus on some intervention mechanism to get us at least $25 billion to address prevailing issues, is a welcome development. It is a step in the right direction. We welcome it. That is our MD’s perspective”.

Editors Note: This article was updated to remove unsubstantiated claims made by Edo State Governor Adams Oshiomole about the NISA accounts. The NSIA currently has $1 billion under management.