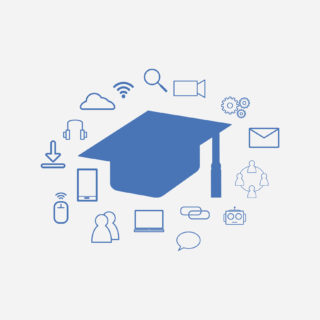 Nelson Mandela, one of Africa’s most iconic figures, once said, “education is one of the most important weapons in a country. And the standard to which black education is neglected is something very difficult to put in words.” Mandela had to scale several hurdles to go to school. So his education ought to be a trophy for him. But this speech shows that was not how he felt. Instead, it shows the dire situation of Africa’s education gap.

Before the colonial era, Africa’s education system was primarily informal. Teachings were either centred on culture or crafts. It was a system of decentralised apprenticeship and generational value transfer. This system led to many discoveries and innovations in ancient Africa, including breakthroughs in architecture, metallurgy, art and even mathematics. The strength of this system was that it focused on practical education rather than a continuous assessment system. It was great, though far from perfect. The absence of structure, coupled with the vast differences in cultures and languages, created bottlenecks in knowledge transmission. One would think introducing formal education would only make the continent stronger. With structured institutions and uniform languages, it should have become unstoppable. However, that is not the case today.

Africa’s adoption of formal education started weakly. Since it came through colonial masters, it was not a priority. And even then, they (colonial masters) ensured they gained more from educating Africans. Consequently, this new form of education completely substituted the old form of education rather than improving it. Africa’s educational landscape then began to dwindle from this inefficient adoption. Low access, awareness and inefficient learning methods became the bane of Africa’s educational sector. Schools suffer from overcrowded classrooms, a low number of teachers, obsolete curriculums, poor compensation, and support for teachers.

Today, the poor conditions of most schools leave teachers frustrated. A 2020 report on the drivers of teacher absenteeism in sub-Saharan Africa released by the United Nations (UN) revealed that, on average, 15.5 per cent to 17.8 per cent of the 3,498 teachers surveyed reported inability to work due to delayed salaries. This problem directly contributed to them being absent from work. A United Nations Educational, Scientific and Cultural Organisation (UNESCO) report predicted that sub-Saharan Africa will need about 17 million additional teachers to achieve universal primary and secondary school education by 2030 because of a severe shortage of teachers.

The educational sector is, without a doubt, in need of a makeover. Africa doesn’t simply need more schools; it needs both improvements in the learning conditions for students and working conditions for teachers. This is where ed-tech comes in. Startups are innovating ways to improve learning experiences for students and teachers. Thanks to increased internet penetration and overall tech adoption in Africa, e-learning is poised to become a trend. More people already spend their time learning on platforms such as YouTube and e-learning sites like Coursera. So it only makes sense that African startups are partakers. A notable player in this field is uLesson, which produced over 3,000 colourfully-illustrated short video lessons delivered by human tutors, covering math and physical science subjects for senior high students in Nigeria. Foondamate, a South African ed-tech startup, uses WhatsApp APIs to deliver lessons to students.

However, ed-tech innovations in Africa are not so straightforward. While there is undoubtedly a huge addressable market, systemic issues make it hard to progress in the ed-tech space. uLesson, for instance, has changed its work model twice since 2020. At first, instead of making the lessons accessible through a website – as edX, Coursera, Udacity, and others do – uLesson distributed using 32- and 64-gigabyte memory devices. But as Covid-19 locked children at home towards the middle of 2020, uLesson stopped selling the memory devices. Instead, it invited users to access lessons directly on its website and mobile app. Now, beyond making pre-recorded lessons watchable online, uLesson is pivoting to live-streaming lessons to pupils and students. These continuous tweaks exemplify the difficulty in adapting to the ecosystem.

Africa’s infrastructural problems make it tasking to reach students through e-learning. Low broadband penetration and expensive internet plans are still major challenges to ed-tech growth. Also, e-learning requires the use of devices such as mobile phones and computers, which many cannot afford. In 2019, the cheapest internet mobile device accounted for 30 per cent of monthly GDP per capita (equivalent to the share Americans pay on rent every month). If these problems persist, the growth of ed-tech will only lead to more segregation in the education sector instead of closing the gaps to access.

Beyond dissemination models, Africa needs systems to make learning more practical. We have shown how practical learning used to be an essential part of education on the continent. Today, the United Nations says that only 25 per cent of children in developing countries were leaving secondary school with basic skills. In PwC’s annual CEO survey, 87 per cent of African CEOs reported being “extremely concerned” about the availability of key skills among their workforce. For ed-tech to revamp the education sector, it needs to fill the teaching quality gap. A way to achieve this is to create platforms for teachers to learn what to teach students. For instance, Meghshala, an ed-tech startup in India, is building teach-kits to make it easier for teachers to learn what to teach, plan their lessons, and deliver them in class.

Just like e-commerce and telemedicine, ed-tech is still in its early years in Africa. Social media is still the most-used medium for e-learning in Africa. There is a growing informal economy involving the use of social platforms such as WhatsApp and Telegram to host e-learning, with the majority focusing on skill acquisition. Consequently, people no longer need to enrol in expensive skill acquisition institutes. The participation of ed-techs in this sector can cause a major disruption in Africa’s education sector. History shows that Africa’s strength came through informal learning, and technology can help to redeem that strength.