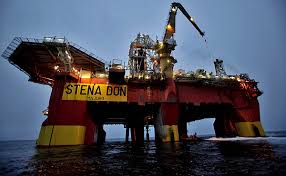 This comes after the company’s success in opening up the new Atlantic Margin basin last year, Thomson said. “The large acreage position in Senegal offers material near term growth potential with numerous follow on prospects identified, and the joint venture is well-positioned to benefit from the current reduction in industry costs.”

“Cairn is fully-funded to deliver its exploration and appraisal programme, along with the Kraken and Catcher developments which are on track for first oil in 2017,” Thomson added.

Late last year, the Scotland-based explorer said it was working with the newly-elected Indian government to resolve a tax dispute that has halted the sale of its 10 percent stake in Cairn India.

The company faces a potential tax demand on an alleged capital gain it made when in 2006 it transferred all its India assets to a new company, Cairn India and got it listed on stock exchange.

Thomson said that the firm will carry on looking for a resolution to the situation.

Cairn Energy, which had in 2011 sold majority stake in its Indian unit to mining group, Vedanta, for $8.67 billion, still holds 9.8 percent stake in Cairn India.

The London Stock Exchange (LSE)-listed company said it would announce its preliminary results for the year ended December 31, 2014 on Tuesday, March 10, 2015.