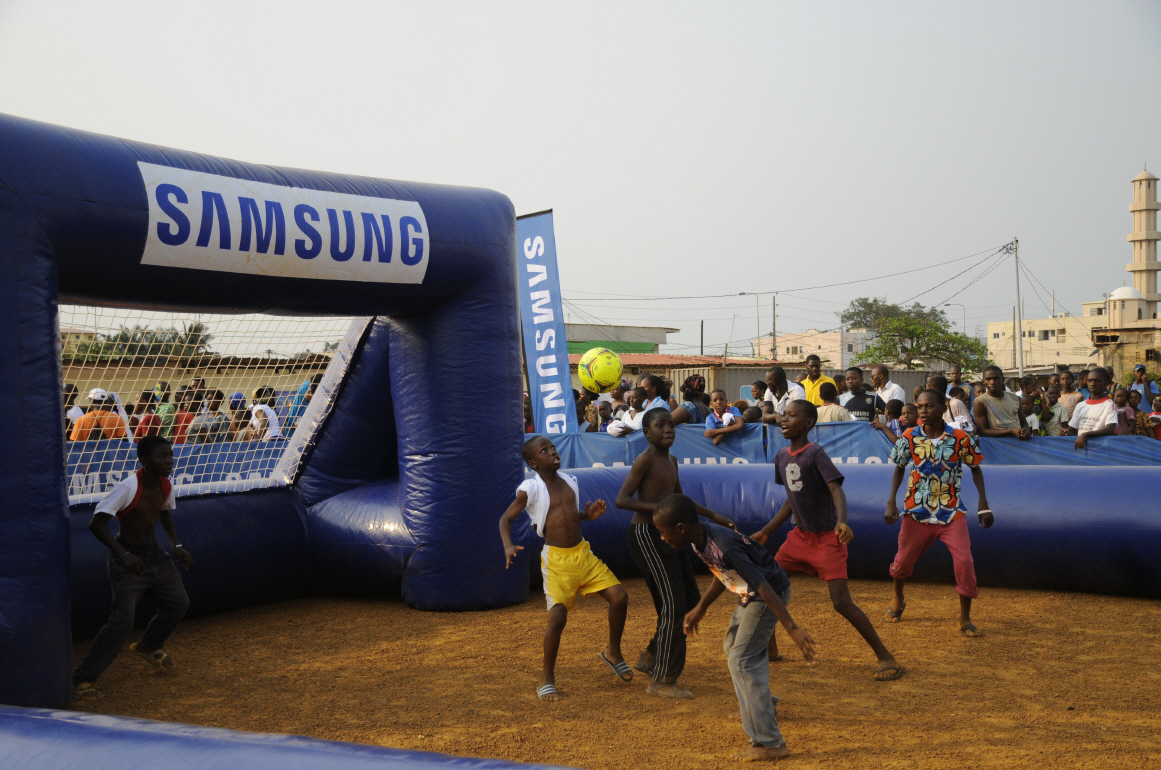 Korean electronics giant Samsung has renewed its sponsorship agreement with the Confederation of African Football (CAF), the governing body of soccer in Africa, extending a partnership that began in 2007.

Additionally, Samsung will work with the CAF to engage fans both inside and outside stadiums. The company previously organised a fan park called the ‘Samsung Football Fest’ at the 2012 Orange Africa Cup of Nations in Gabon and Equatorial Guinea.

Vice president of Samsung Electronics Africa, Seokmo Yoon said the company is excited to extend the partnership with CAF and believe that the relationship will lead to “more engagement and interaction with African football fans, considering the fact that football is the most popular sport in Africa” , .

“…we are deeply committed to share our consumers’ passion, through sponsoring the prominent African tournament”, he added.

CAF’s marketing and TV director, Amr Shaheen also expressed the Federation’s satisfaction at renewing the relationship with the electronics giant. According to him: “The current advances could not have been achieved without the support of our partners and we hope that our relationship with Samsung will enable football in our continent to continue to flourish.”

However, Orange remains the main Sponsor for African football for the next 8 years and will be associating its name to the main competitions of the Confédération Africaine de Football (CAF). CAF’s main competition will now be known as the Orange Africa Cup of Nations until 2016.