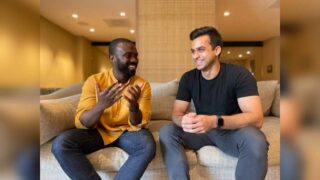 Cadana is accelerating wealth creation for African workers through its salary on-demand service.

For most salary earners, the last week of the month is the most anticipated. The reason isn’t far-fetched: they get rewarded for their hard work during this time. Interestingly, many African workers typically spend their salaries servicing payday loans within the first week of being paid. This is because of unforeseen life issues they must have experienced within the month. These problems expose them to loan alternatives with high-interest rates, and they often work through the month in distress, which affects productivity.

Albert Owusu-Asare and Ameer Shujjah established Cadana in 2021 to help businesses delight their employees by providing modern payroll platforms that allow employees access to their earned salary on-demand all the time. The salary on-demand structure is still embryonic on the continent, and Cadana is one of the startups championing its adoption. The startup is keen on accelerating wealth creation for African workers by making their earnings available when they are needed. In an interview with Ventures Africa, Albert Owusu-Asare, Cadana CEO, spoke about the creation of Cadana and how its system works.

Owusu-Asare was born and bred in Ghana but studied in the United States of America, where he met Ameer Shujjah — who later became his Co-founder and CTO at Cadana. His journey into the finance industry did not start with the establishment of Cadana. He had worked at Goldman Sachs Group, Inc. — a leading global investment banking in New York. There, he helped many banks with their system and contributed to the Apple card project — a joint project between Goldman Sachs and apple. Afterwards, he became the CTO for Esusu — a unified finance management platform that has achieved a unicorn feat. Having gained valuable and commendable expertise with his experiences in the finance industry, he established Cadana. However, his experience was not the sole drive for creating Cadana.

His sister’s experience as a worker in Ghana spurred the establishment of Cadana. As a salary earner, she experienced many issues with cash flow, and meeting her needs was difficult because many expenses were already accrued before the end of the month when she had access to her salary. “That was the attention grabber for me. It was just the passion to come back home and contribute my quota in moving Africa forward,” Owusu-Asare stated.

Conventionally, most workers get paid only at the end of the month. As is the case with Owusu-Asare’s sister, they become cash-strapped and vulnerable to cash flow issues before the end of the month. With Cadana, workers can request a portion of their earned wages before the end of the month. Imagine someone who requires money on the 15th of May to offset his child’s hospital bills but can not do so because his salary gets paid on the 27th of every month. To meet the unprecedented pressing need, he could borrow from a third party or loan sharks which are often not advisable because of high-interest rates. But as a user of Cadana, he has access to request his salary before the 27th. However, he does not have access to the whole of his salary, and he can only access a fraction of what he has earned in line with the custom policy. Cadana’s system offers flexibility to employers to set limits to the salary percentage accessible to their employees before the end of the month. Salary on-demand differs from a loan or salary advance because it is simply a portion of the workers’ earned wages.

Amazingly, the way Cadana operates is beneficial to all parties involved. Many workers on the continent do not have savings and credit card access, so sourcing for money when they have to take care of life unexpectant issues affects them. With a finance alternative like Cadana, running from pillar to post to meet needs is avoided. Presently, employers are constantly trying to do better for their employees and make work benefits juicy and attractive to talents in a competitive economy. Salary on-demand with Cadana is one benefit employers can give their employees, especially during tough economic times. For instance, the African economy is gradually just resuscitating from the pandemic effect, and in a country like Nigeria, double-digit inflation is being battled. Cadana presents a model capable of making workers in these economies stay afloat in the sea of financial difficulty.

Cadana profits from the wide range of services they render to businesses aside from the salary on-demand service. The platform helps employers manage their workers’ data, manage contract letter offers, run payroll compliantly, and automate pension and taxes through a system in the form of software. It also charges a fee of a little under a dollar for every transaction processed by employees on the app. Some fraction of the transaction charge goes to the different payment providers that help them facilitate money movement.

Around the globe, running a business can be demanding, but it is even more intense in Africa. The continent faces loads of challenges like infrastructure deficit, stringent government policies, lack of expertise, etcetera. Cadana has faced its fair share of business challenges peculiar to the continent. “When you take up a payroll system and can’t pay people timely, it has repercussions. We need to make sure we have resilience in money movement infrastructure, and that means we need to work with different payment service providers across all the places we operate. This is a challenge because we are still in the very early days of payments generally on the continent. It can be tedious when you add the local nuances, as in the case of Ghana, where mobile money is a big thing, and you need to integrate with the ecosystem. We spend a lot of time for integration to ensure we work with resilient infrastructure,” Owusu-Asare explained.

Although the salary-on-demand space in Africa is relatively new, Cadana isn’t the only startup rendering such a service. However, Owusu-Asare argues that Cadana is best amongst equals. In the payroll and HR space, a company like SeamlessHR offers the same service as Cadana, and in the salary on-demand space, Earnipay is in the same league. “There are people doing payroll, and people are trying to do the salary on-demand model as well, but we believe the best solution is the one that combines both of those things. We have built a unique payroll infrastructure across two countries, and we are also offering a series of services to employees. What makes us different is the ability to offer value for both the employer and the employee,” he stated.

Talking about the prospect of salary on-demand as an innovative salary structure in Africa, Owusu-Asare believes flexibility is of utmost importance. Customers are getting used to instant services, and consumer behaviour is also creeping into salary structure. “Today, you can take your phone and order an Uber or order food from Jumia instantly. Consumers are getting used to this idea of having instant services, so why not your salary, which is the most important part of your earnings. That is what the future of compensation looks like by creating flexible payment to workers,”

Owusu-Asare feels the greatest asset on the African continent is not its oil or gold but its people. Offering financial services that would make them successful is one better way to have an impact. He noted that “When employees are successful, they are more productive. They are not thinking about finances, so when I think about our impact across Ghana and Nigeria, we are touching the lives of real working-class people by making them successful. People testify that they offset hospital bills, pay debts and invest timely other than the end of the month because of our services. These are tangible impacts we have on lives,”

Cadana has made significant strides within the short while of its establishment. From Ghana, where it began, it has expanded into Nigeria – the most populous black nation on earth. With a massive marketplace of about 400 million salaried workers in sub-Saharan Africa, the possibilities seem limitless. “We are just excited to continue growing and having an impact, and we have a mission for reaching as many of those 400 million people. That means we will expand to small countries in the future, but we are working through the steps we need to take in each country so that we can give the best service when we go there,”

Owusu-Asare hopes Cadana will be a household name in the future, and this is key to its global ambition of being operational in different parts of the world.