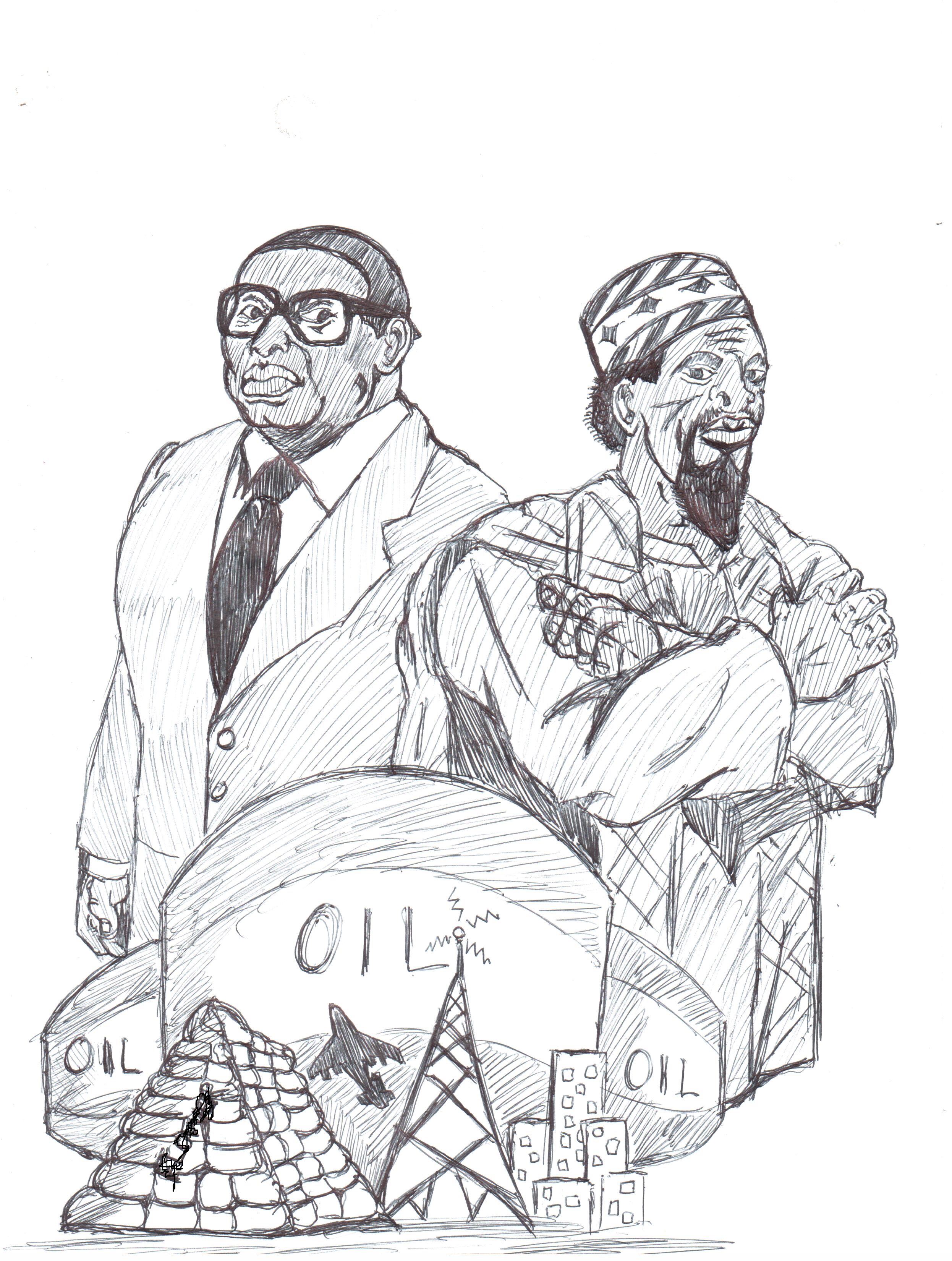 Africa And The Myth Of Industrialization

“We at ECA (United Nations Economic Commission for Africa) are working the case for industrialization and we do not apologise for that,” says Lopes. As Africans, we are convinced industrialisation opens doors to address the continent’s many challenges, if properly done.

It has the potential for poverty reduction, dealing with inequality provoked by rent seeking practices still persisting in most African countries, permitting leapfrogging into a green economy model.

Myth 1: industrialization is a fashionable developmental word that will soon be forgotten

There continue to be strategic and policy changes in the posture taken by African States regarding development strategies. We remember buzzwords like ‘structural adjustment’, ‘trickle down-effect’, ‘poverty reduction strategies’ that influenced national policy direction.

Although industrialization has always been in development literature, this is the first time it will likely take centre stage. We see this because the call for industrialization is now linked to a structural transformation of the state.

The Plan of Action for the Accelerated Industrial Development of Africa (AIDA) supported by the AU, ECA, AfDB and NEPAD demonstrate how the link between industrialization and structural transformation is being taken seriously. Another question I will ask is, “Are we able to do it fast enough, considering infrastructure development requirements compounded with tax evasion and corruption highlighted by the Progress Panel?”

AIDA is based on four pillars –

1)      Using Africa’s own natural resource endowment as a basis for industrial transformation; developing an infrastructural system including energy and transportation;

2)      Increasing research and development and

In the 1970s, Korea had neither the skill, nor raw material for developing a world class shipbuilding industry but decided to follow this path based on a well developed policy.

Today, South Korea is one of the three largest ship building nations. This is a good example but it is also limited in that South Korea’s development included a policy that saw pre-school as the starting point for development. Africa has millions of kids out of school with more than half of the continents population, including children with no access to any forma of energy.

Africa also has, as South Africa many good policies, but extremely poor implementation. Not to mention a continental legacy of appointing political cronies into complex positions.

Myth 2: Industrialization is all we need to develop

African countries must begin to see industrialization as a tool for the social and economic transformation of their societies with structural transformation as the end result.

Deng Xiaoping’s transformation of China’s economy is an example of the need to address industrialization as part of a wider integrated and intergenerational process of development.

We have to still deal with a demographic challenge and transform it into a dividend, not to mention social cohesion that should result from less inequality, embracing diversity and increasing human security and inclusive governance.

It seems that the theory of fixing Africa comes fairly freely. However consequently, Africa has a wagon-wheel of challenges and currently there is no sound cohesion by all of the African countries to remedy fixes.

Myth 3: African Countries have tried industrialization before and it failed, so why now?

In the 1960s, newly independent Africa emulated other regions of the world in undertaking import-substituting industrialization. This led to some remarkable progress but was ultimately stymied by the limits of the model and global political economy.  This is why today Africa should be mindful of a very different global context.

Africa needs alternate models that plays to its strengths and satisfies the need for transformation.

One of the solutions is the model of economic “Labour Incubation” a process that substitutes deman for labour with an inclusive model that then allows talent to be shifted into more progressive roles based on trues dedication, skill and talent.

Brazil’s Bolsa familia program which took 30 million Brazilians out of poverty was designed to achieve economic growth with social equality. With up to 90% of Africans still heavily reliant on the agricultural sector, commodity-based industrialization speaks to our strength. Commodity based industrialisation also offers immediate scope for value addition and plenty of opportunity for exploiting consequential linkages. Botswana’s decision to add value to rough diamonds before exporting ensured an extra $6 billion of diamond sales are now going through the country’s financial centres. This created new jobs for its youth whilst boosting the infrastructure and tourism sectors.

Africa also has the weakest supply-chains and downstream sectors that are impacted swiftly by supply shocks or systemic impact.

A fundamental problem Africa faces and is still residue in our efforts is our ability to travel abroad – visit success models and attempt to replicate this in Africa. Much capital and time that cannot be recuperated is sunk.

Africa has enough talent to think clearly about its challenges. This continent also needs to take considerable responsibility for their lack of development over the last 60 years and still certain countries have not come close to achieving proportions of what South Korea has .

Myth 4: Africa comes too late to industrialise without polluting the environment

The world has changed since the times of the industrial revolution. Coming late to the club gives Africa the opportunity to industrialize differently. It is not about privileging export-oriented or import substitution models.

The new industrialization model must be closer to the commodities production centers, looking at leapfrogging technological potential and with African growth market in mind. It should ensure strong forward and backward linkages and of course, understand the sophisticated global value chains.

Based on demographic growth projections, Africa will need to create up to 10 million formal jobs annually as more young people enter the job sector.

Current economic growth models do not create enough modern jobs. In fact the highest growing African economies also have the highest levels of youth unemployment. Although growth is robust in many countries, it is propelled by internal consumption that does not benefit all.

To reverse this trend proper planning should focus on modernizing the economies though more manufacturing production taken from other parts of the world where unit values are increasing fast and starting by positioning Africa in relation to its natural resources and renewable energy potential assets.

Myth 6: investors are not attracted by risky Africa

Intra-African investment has, since 2007, been growing at a 32.5% compound rate with South Africa leading with $18 billion invested across several sectors followed closely by Morocco and Nigeria. In 2011, the rate of return on inward FDI in Africa (9.3 per cent) was the highest compared to other regions of the world such as 8.8 per cent in Asia and 4.8 per cent in developed economies.

This is important because it means Africans are not just asserting themselves in a political narrative. They are also investing more in their own continent. Fortunately others are following. FDI will attain US$ 50 billion this year, a all time high. More realize Africa is not as risky an investment decision as it may appear. In fact it has the best return on investment. Africa needs to better brand and market itself.

In conclusion if the news on growth is good, Africa wants and needs more. It needs to be able to deal with the challenge of having to industrialize and grow when its population and cities are growing quicker than any previous historical experience.

It wants more as it realizes it will have to be faster than any other region of the world. It needs more because it is high time we turn the ‘no hope’ to ‘rising’ continent story into meaningful change that will prove the skeptics wrong.

Further to Mr. Lopes’ wise analogies is the dire need for energy policy as a more specific approach. Most of Africa lies in darkness – limiting growth, prolonging hunger and cascading he effects of limiting developing approaches.

Governments even in South Africa are failing to allow sufficient alternative energy investment – with the Eastern Cape lacking access to markets and limited grids.

There are investor willing to invest but government slackness in South Africa is pivotal the delay of lighting up life for the poor – this extends far into Africa.