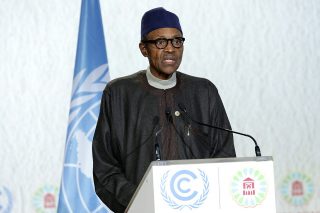 President Muhammadu Buhari yesterday signed into law Executive Order 6; for the preservation of suspicious assets connected with corruption. The new law seeks to prevent owners of assets under investigation for corruption from conducting any transaction on these assets. The executive order will focus on Nigeria’s public officials who served between 1999 and 2015 and are under investigation for corruption by the country’s various anti-corruption bodies.

The president hoped the new law would help the country’s anti-corruption agencies to carry out their duties better.

“I have decided to issue the Executive Order No. 6 of 2018 to inter alia restrict dealings in suspicious assets subject to investigation or inquiry bordering on corruption in order to preserve such assets from dissipation, and to deprive alleged criminals of the proceeds of their illicit activities which can otherwise be employed to allure, pervert and/or intimidate the investigative and judicial processes or for acts of terrorism, financing of terrorism, kidnapping, sponsorship of ethnic or religious violence, economic sabotage and cases of economic and financial crimes, including acts contributing to the economic adversity of the Federal Republic of Nigeria and against the overall interest of justice and the welfare of the Nigerian State,” the president said, while signing the Executive Order in a meeting that also had members of his cabinet in attendance.

Buhari ran much of his campaign on fighting corruption in the country’s public sector, fulfilling that promise from the beginning. Soon after his swearing-in as president, Nigeria’s security officials arrested Sambo Dasuki, the former National Security Adviser to the last president, for embezzling more than $1 billion budgeted for fighting terrorism in the North-Eats. Many thought it was the beginning of a new era for anti-corruption in Nigeria. However, since then, up until recently, there were critics of his war on corruption, especially when the war seemed to be one-sided towards former officials who were members of the opposition party.

In recent times, a series of high profile convictions including the convictions of two former governors of Plateau state and Taraba state in Joshua Dariye and Jolly Nyame, and also members of Buhari’s political party All Progressives Congress, have all made the war on corruption fairer. Joshua Dariye was sentenced to 14 years in prison for diverting 1.126 billion naira into his pocket in his tenure in Plateau state, while Nyame was also sentenced to 14 years in prison for embezzling 1.64 billion naira.

Buhari’s Executive Order will ensure assets bought from the proceeds of corruption, like those about to be recovered from the two former governors, can be traced and transferred to the ownership of the government. Reports say the overall value of government funds under investigation for embezzlement is N595,409,838 billion, more than Nigeria’s 2018 budget for Social Investment Programme.