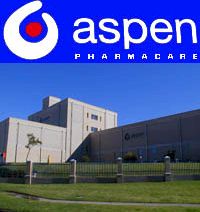 Britain’s biggest drug-maker, GlaxoSmithKline, on Friday said it had disposed of half its stake in Aspen Pharmacare, the South Africa-based drug-maker, for $853 million.

The transaction, which was managed through a share placing at a discount to the market price, is the latest GSK move of disposing of non-core investments as it prefers to pay more attention to protecting its sizeable dividend payments to shareholders, according to Reuters.

GSK will continue to hold on to its 6.2 percent shareholding in Aspen and has decided not to dispose of any more shares in the South African group for at least 180 days.

Simon Dingemans, GSK’s CFO, told Reuters that the selling of the Aspen shares would assist GSK’s plasticity to inject money in new prospects in the wake of a $20 billion-plus asset swap deal with Novartis, another global drug-maker.

“As we continue to reshape the group around our core franchises and drive the benefits from the Novartis transaction, optimising our financial flexibility to invest behind these priorities is key,” Reuters quoted Dingemans as saying.

“As a result we have decided now is the right time to realise further value from this successful relationship. We continue to believe in the strategy of Aspen and we remain committed to working together in the future,” he continued.