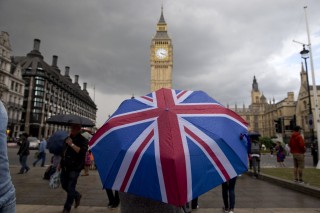 Amid negotiations on the United Kingdom’s exit from the European Union (EU), Britain has reached a trade deal with the Southern African Customs Union and Mozambique (SACU+M). The deal is expected to ensure continuity of trade relations between the UK and South Africa, Botswana, Lesotho, Namibia, Eswatini and Mozambique.

This economic partnership implies that whether or not the UK is successful in securing a deal with the European body before leaving, trade relations with the said African countries will remain undaunted with no additional tariffs.

“This trade agreement, once it is signed and takes effect, will allow businesses to keep trading after Brexit without any additional barriers,” Britain’s International Trade Secretary, Liz Truss said.

As well as benefiting British businesses, Truss noted that the deal will support developing countries in reducing poverty through trade and they will be able to grow their economies, create jobs and increase incomes for their citizens.

“This is a major milestone as the UK prepares to become an independent trading nation once again, and we are helping businesses get Ready to Trade with the most exciting markets around the world,” the UK official added.

As talks drag on two years after initiating the process to exit the EU, the UK is more keen on maintaining trade relationships with some of its partners. It has already signed a continuity deal with several other countries including South Korea and Israel.

Moreover, the SACU+M nations are an important market for the UK’s exports. The value of trade between both parties stands at about £9.7 billion. Also, the region is home to the UK’s top export countries for mechanical appliances, vehicles, and beverages. Judging from its current trade deals with SADC+M, it is only strategic that the UK strives after its economic prosperity with these countries.

Furthermore, a closer look at this move suggests that the UK is looking to fall back on another international economic bloc – the Commonwealth. The group is made up of former British colonies and dominated by developing countries like the Pacific Islands (who London has also signed a continuity deal with).

Seeing that a projected departure from the EU – slated for October 31 – is fast approaching, Britain initiating a trade deal supports the economic development of these Commonwealth partners as well as lays the foundations for new trade and investment in the future.