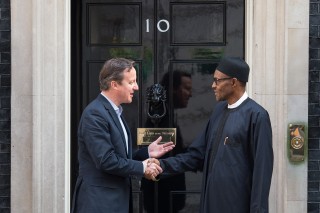 BREXIT: Is it time for Nigeria to embrace Direct Democracy?

Yesterday, Britain voted to leave the European Union (EU) in a historic referendum that saw the leave campaign marginally emerge victorious by securing 52 percent of the votes against the 48 percent garnered by the remain camp.

BREXIT – an abbreviation of British exit – is the term referring to the in-out referendum that took place in the United Kingdom (UK) on Thursday to decide on the nation’s EU membership status. This monumental referendum was campaigned for vigorously on both sides with compelling economic, political and sentimental arguments made on both sides of the debate. Now the public has ‘spoken’ and the dust has settled, the world waits to see what happens next.

The decision has created great uncertainty around the UK economy and amongst investors. This is demonstrated by the extreme volatility in the stock markets leading up to vote and the sharp decline of the pound sterling to a 30-year low after the result was confirmed. Of primary concern is the sort of relationship the UK will forge with the EU in a post-Brexit climate. One option is to emulate Norway, which is a member of the European Economic Area (EEA), and access the EU’s single market with the conditions of allowing the free movement of EU citizens across its borders. Control of national borders was, however, a central tenet in the decision to leave so this is unlikely. The other option is to have a deal similar to that of America and China who trade with the EU, the largest single market under the rules of the World Trade Organisation but enjoy significantly limited access to the EU market. Most economists agree that this option will do more harm than good to the British economy.

At the same time, there are fears of a domino effect as demand for a similar plebiscite is growing in rich northern states such as Denmark and Netherlands. With the Dutch elections holding in May next year, an independently successful Britain can quickly unravel the bloc. While the Brexit is scary to the rest of the world there has been a lot of commentary on how Nigerians will embrace a direct voting system.

So, Nigerians, what have you learnt from #Brexit?

Hint: That no unified entity is divinely ordained to be permanent.

A referendum is a form of direct democracy that allows citizens to make political decisions directly, through a vote, without the involvement of a parliament or a government. This is different from a representative democracy practiced in Nigeria and the world over in which people vote for representatives who then enact policies.

Nigerians call for this measure on the back of renewed enthusiasm in the calls for secession by a large sect of people in the south-eastern region known as Biafrans. It will be akin to to the 2014 Scottish referendum which saw Scotland marginally decide to remain part of the United Kingdom. Since last year, there have been mass protests in the eastern region along with the Federal Capital Territory (FCT) as protesters voice their objection with the current state of affairs in the union and agitate for a country of their own. The situation escalated when the ‘leader’ of the Independent People of Biafra (IPOB) was arrested and detained by the Department of Secret Service (DSS) against the order of the court. Since his detainment, there have been several cases of unarmed protesters gunned down by military officials and numerous clashes between officials and protesters. Some Nigerians call for a referendum because they can see no end to the long-standing friction between the state and the Biafrans. Such friction ended in a deadly civil war in 1966 that ultimately claimed over two million lives, left underlying grievances and the perceived lack of economic assistance by the country. The call for ownership of resources by the Niger Delta Avengers in the oil-producing part of the country compounds the nations problems.

Is direct voting the answer?

The Nigerian government has demonstrated a penchant for engaging the military to address domestic political conflict. This method fails to address legitimate underlying grievances and has claimed many lives, from those lost in the civil war to the recent casualties in the southeast and across the country. They also leave a vacuum for extremist ideology to occupy in search of solutions, as is the case with the militancy running rife through the Niger Delta region. Perhaps, it is time the most populous African country considers a more democratic approach. A referendum will give the aggrieved a chance to determine their future and will take decision-making away from special vested interests and career politicians, handing it to those who the system is meant to serve. Thus, the appeal of a referendum is clear and the option can foster compromise as well as meaningful solutions in order to prevent its actualisation as a last resort. However, as is commonly the case, the devil lies in the detail.

Referendums in an ethnically divided country appear to be a good idea but can be self-destructive in a country where the majority of its population is uneducated with a literacy rate of 61 percent and a rate of secondary school graduates well below half of the population. The prospect of leaving the fate of the nation in the hands of individuals who may not appreciate the true consequences of national decisions is worrying. The division in voting patterns between the educated and uneducated in the British referendum was stark as the more educated tended to vote in favour of remaining and vice versa. The electoral process in Nigeria, additionally, leaves much to be desired. Rigged voting processes can undermine a referendum, as has been the case in recent state and federal elections. The problem of majority tyranny, a scenario where the majority places its interest over those of the minority group without regard for their rights or welfare, is also worrying and can, in the long run, replicate the very environment that has led to the advocacy for a referendum. The context and the system in which referendums are conducted are important and can make all the difference for future generations. The Swiss system is one to be emulated as it addresses the tyranny of the majority problem through checks and balances and has systems in place to ensure that extreme referendums are not passed without a process of negotiation and due process.

Perhaps, calls for an in-out referendum on Biafra while legitimate, may be premature without the adoption of the right direct democracy model and remarkable improvements in the electoral process. It could be a while before the calls become a reality as the Nigerian government under President Buhari, like his predecessors, has so far shown no interest in welcoming the possibility of a referendum but has opted to deploy military personnel to the region. However, we cannot underestimate the pace at which things can change quickly.