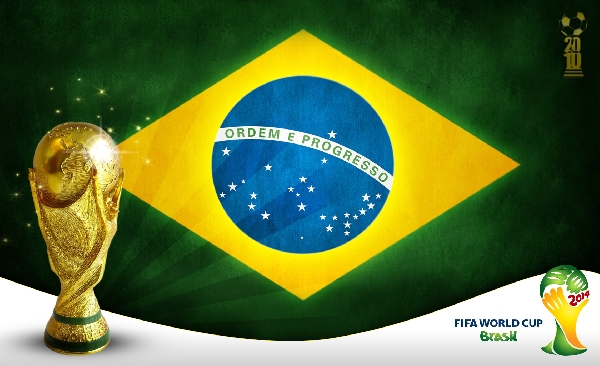 Nigeria’s Super Eagles and the Carthage Eagles of Tunisia were amongst the big winners of qualifying games for the 2014 World Cup in Brazil; but 2010 host, South Africa, could only manage a point.

Nigeria’s Super Eagles left it late but eventually secured a 1 : 0 victory over Namibia courtesy of an 80th minute’s strike by Ikechukwu Uche.

Tunisia, on the other hand, came from a goal down to beat 2012 African Cup of Nations host- Equatorial Guinea- by 3 : 1 while South Africa’s Bafana Bafana left it late before forcing Ethiopia to a 1 : 1 draw.

Here is a rundown of all the action:

Central African Republic are top of the group after winning their first world cup qualifying game some 48 years after joining FIFA. CAR beat Botswana 2 : 0 while South Africa’s 1 : 1 with Ethiopia see both teams join second with a point.

Ruben Epitie thought he had scored the winning goal for Equatorial Guinea in the first half of their game against Tunisia. But three-second half goals from the Carthage Eagles ensured maximum points for the North Africans. The win sees Tunisia top of the group on goal difference as Sierra Leone managed a hard-fought 2 : 1 win over Cape Verde in the other group game.

Ivory Coast might have a new coach but the Elephants made sure their bid for a third successive World Cup appearance started on a bright note with a comprehensive 2 : 0 win over Tanzania. Chelsea want-away stars Salomon Kalou and captain Didier Drogba were on the score sheet as Ivory coast now top the group after the Atlas Lions of Morocco forced Gambia  to a 1 : 1 draw away from home.

Ghana’s Black Stars set the qualifiers in motion with a resounding 7 : 0 thrashing of Lesotho on Friday. However, the game was almost called off following a power outage during the match. Ghana now top the group on goal difference after Sudan piped African Champions Zambia by 2 : 0.

This is the only group without a winner in its first two games. In fact, no goals were even scored as both games involving Burkina Faso vs Congo and Niger vs Gabon ended in 0 : 0 draws.

Nigeria’s Super Eagles shot into an early lead in the group despite needing 80 minutes to break down a determined Namibia side. The 2 points clear rivals Kenya and Malawi who managed a 1 : 1 draw in Nairobi.

The Sylli National of Guinea perhaps secured the most outstanding result of the weekend beating Zimbabwe 1 : 0 away from home. However, they still trail the Pharaohs of Egypt on goal difference. The Pharaohs had earlier, on Friday, beaten Mozambique by 2 : 0

Razaq Omotoyosi’s goal was enough to see Benin Republic’s Squirrels secure a 1 : 0 over Nations Cup semi finalists Mali. However, Algeria lead the standings in this group after they whitewashed Rwanda by 4 : 0

Libya continued it’s impressive run of results lately with a 1 : 1 draw against the Hawks of Togo in  Lome. But with Cameroun beating DR Congo by a single goal earlier, the rest of the teams will need to buckle up if they are to stop the Indomitable Lions as they look set to put the Nations Cup setback behind them.

And finally, the Terenga Lions of Senegal are setting the early pace after a comfortable 3 : 1 win over Liberia despite captain Papiss Demba Cisse missing a penalty. The win takes them to the summit of the group after Uganda forced hosts Angola to a 1 : 1 draw.