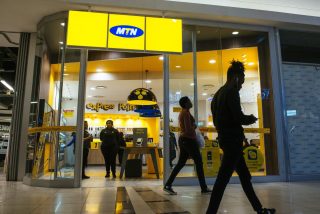 Johannesburg-headquartered MTN Group is the most valuable and strongest telecom brand in Africa, a report released this week by Brand Finance shows, while ranking Etisalat top in the Middle East and Africa region as a whole.

With a brand value of $3.3 billion, MTN was boosted by a solid overall performance for the year, despite challenging economic conditions and regulatory challenges in some markets, the brand valuation consultancy said.

“Africa’s biggest telcos brand, MTN has grown its subscriber level steadily over the past year and boosted its revenues,” the report said. The network operator has 250.8 million group subscribers and operates in 21 territories, 17 of which are on the African continent.

The company is well placed to cater to this growing demand, the report adds, citing an increase in customer spending on data services and MTN’s 5G rollouts. Though Brand Finance believes the existing network infrastructure will be challenged by the upcoming transition from 4G to 5G mobile phone services, its solid brand strength, however, will put it in a strong position to compete in the future.

“MTN is to be commended for its performance in its home market as well as further afield,” Brand Finance chief executive David Haigh said. “They are increasingly recognized throughout Africa by their customers as providing a high-quality service because their brand image is deeply rooted in more than just marketing campaigns.”

Meanwhile, Emirati giant Etisalat was ranked as the most valuable and strongest telecom brand in the Middle East and Africa. It rose three places from 2019 to be ranked the world’s 16th most-valuable telecoms brand, with a brand value of US$8.5 billion.

“As the premier digital and telecommunications partner of the upcoming Expo2020 in Dubai this October, all eyes will be on Etisalat as it prepares to excite the Expo’s expected 25 million visitors with a seamless 5G connectivity that brings the event’s themes to life,” the report said.

Abu Dhabi-headquartered Etisalat has over 148 million customers in 16 countries across Asia, the Middle East, and Africa, with a wide portfolio of brands including Mobily, Ufone, Maroc Telecom, PTCL, and Etisalat Misr.

Kenya’s Safaricom was placed at number 93, rising four places from last year. Morocco’s Maroc Telecom fell just outside of the top 100, to 105th place, while Nigeria’s Glo Mobile was 118th and Senegal’s Sonatel was in 135th place.