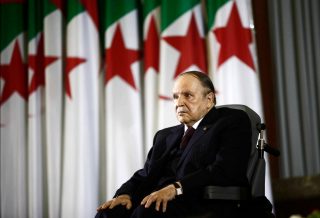 Tens of thousands have taken to the streets to demand a wholesome regime change in what could prove to be the biggest and most widespread rallies in Algerian since the 2010-2012 protests.

The demonstrations, dubbed the ‘Million Man March’ are holding in several cities and towns. They follow week-long protests in more than 30 cities against the ailing incumbent President Abdelaziz Bouteflika’s announcement that he will seek a fifth term in an April 18 election.

Elected president in 1999, 81-year old Bouteflika has rarely been seen in public since suffering a serious stroke in 2013 and currently uses a wheelchair.

“For the first time, we are witnessing protests in all of Algeria’s main cities concentrated on a single issue: the withdrawal of the president’s candidacy,” a Geneva-based political analyst, Hasni Abidi told Al Jazeera.

Abidi noted that the demonstrations marked a turning point in the history of Africa’s biggest country. “In my opinion, this fifth term has managed to unify and bring together Algerians from different walks of life,” added.

Mouwatana, an opposition group made out of several political parties and civil-society actors, also held a rally last Sunday in the capital Algiers, as well as in Paris. Protesters also chanted slogans against the president’s brother, Said, who opponents say is running the country from behind the scenes.

On Tuesday, numerous university students joined the growing protest movement across the country. They demanded that Bouteflika drop his intention to seek re-election in the upcoming presidential vote, and also an end to the ruling National Liberation Front (FLN) party’s hold on power.

The student protesters, who chanted “peaceful, peaceful” and “no to a fifth term,” were also asking for government steps to provide jobs. Roughly a quarter of Algerians under 30 are unemployed, according to World Bank data.

“Many young people got their university degree but they are still unemployed,” a student who gave his name as Djahid, told Reuters.

Despite the scale of the protests that erupted on February 22, both private channels owned by media magnates close to the government and state broadcast journalists (on order by management), kept silent for several days.

AFP reported that the Algerian police arrested a dozen journalists participating in a rally yesterday against alleged censorship of coverage of the protests, although they were released hours later.

The journalists, working for both state-owned and private outlets, joined the demonstration in central Algiers against what they said were state-backed efforts to muzzle coverage of demonstrations.

“Free our colleagues,” the remaining demonstrators shouted as those arrested were driven off in the back of police vans, “fourth estate, not a press that follows orders.”

Algeria‘s political system is so opaque that analysts disagree on who really wields power, Ramy Allahoum notes in his article on Al Jazeera. The military, seen as one of the most powerful and well organised in Africa, has long played an important role in politics.

In 1991, the ALN staged a coup d’etat, depriving the Islamic Salvation Front party (FIS) of a near-certain electoral victory, resulting in a decade-long civil war. And in 1999, Bouteflika was brought in to head a transition period.

Since assuming power, analysts say the octogenarian managed to bring the military under the presidency’s fold and restore a semblance of civilian control.

In 2015, for example, the country’s powerful intelligence chief, General Mohamed Mediene, or Toufik as he is better known, who ran the secretive DRS intelligence agency for more than 20 years, was controversially dismissed. But the firing of about a dozen generals in 2018 reignited speculation about whether the army itself was divided in its support of the ailing president, suggesting that the country’s military was not entirely neutral. 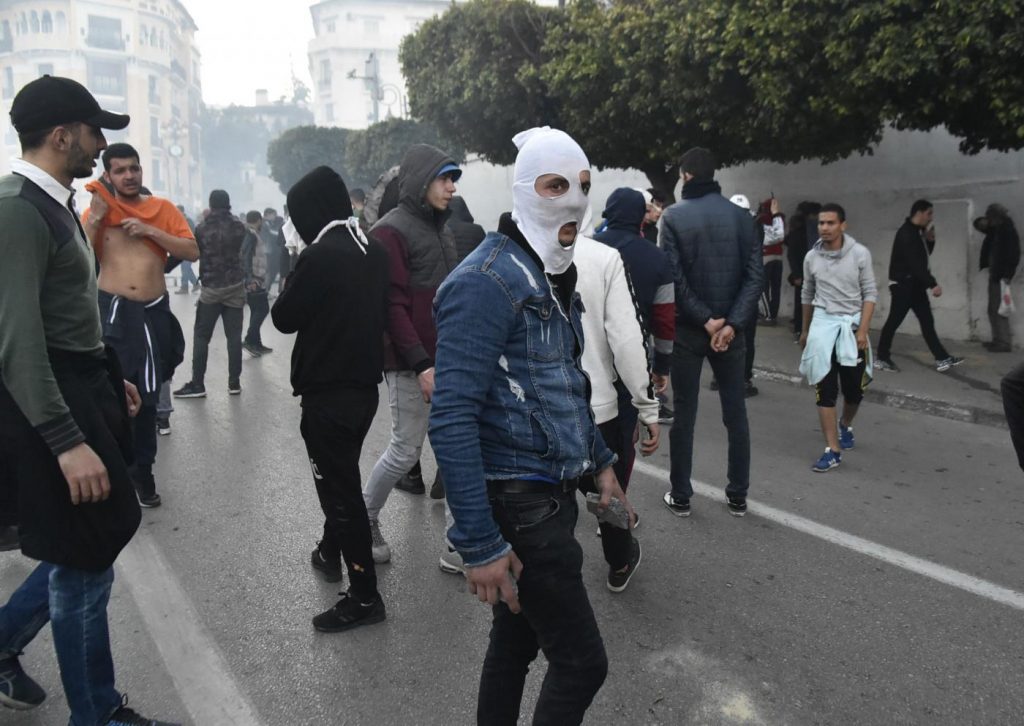 After reports emerged that the Police in Algiers fired tear gas to disperse demonstrators earlier this week, Amnesty International has warned the Algerian government against using “excessive or unnecessary force” during the fresh wave of the nationwide anti-government protests.

Bouteflika flew to Switzerland on Sunday for what the Presidency has said involves “routine medical checks” ahead of the election. The 81-year-old’s last official trip abroad dates back to January 2012 when he travelled to neighbouring Tunisia to participate in the one-year anniversary of the Arab Spring uprisings that overthrew long-standing ruler Zine El Abidine Ben Ali among others.

Since the ruling FLN party picked Bouteflika as its presidential candidate in February, several political parties, trade unions and business organisations have said they would back him. He is expected to win the April elections easily as the opposition remains weak and fractured.