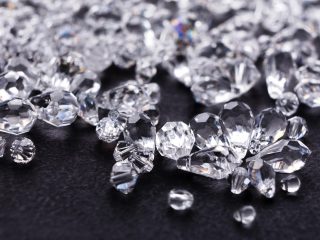 Data released by the central bank on Friday showed Botswana’s rough diamond exports fell by 68 percent in the second quarter of the year as the coronavirus pandemic hit demand while global travel restrictions hurt trading.

The central bank report showed exports of diamonds from Debswana, a joint venture between Botswana and diamond mining giant De Beers, a unit of Anglo American, stood at $293 million in the second quarter of 2020, from $916 million in the preceding period.

Data also showed that there were no diamond exports recorded in May while only $20 million worth of diamonds were exported in June.

Also, a report released by De Beers last week showed that the company recorded a net loss of $214 million in the first half of the year, as rough sales plunged by more than half to $1 billion. This is because the company gets 70 percent of its supply from Botswana.

The fall in diamond exports is expected to hurt Botswana’s balance of payments deficit, as diamonds constitute 70 percent of the country’s exports.

Diamonds, since discovered in Botswana have moved the country from being one of the poorest countries in Africa to one of the most successful medium-sized economies with more than 80 percent of diamond profits staying within the country.

Export of diamonds accounts for 70 percent of revenue generated in Botswana and this income benefits citizens through free education, free healthcare, an expansion of local jobs in the diamond industry.

But with the spread of coronavirus, Botswana closed its borders in March, keeping out international buyers from Mumbai, Antwerp and China who traditionally travel to Gaborone ten times a year to view and buy diamonds.

International buyers have been unable to purchase the precious stones from market leader De Beers, due to restrictions on travel globally. These restrictions have hindered global demand and have greatly affected the industry.

According to Botswana finance minister Thapelo Matsheka in April, the country’s economy will shrink by around 13 percent this year while the mining sector contracts by 33 percent in 2020 with diamond revenues falling to 6.7 billion pula from the original forecast of 20 billion pula. So far, Botswana has recorded just 800 COVID-19 cases and only two deaths, but its economy has been severely hit.