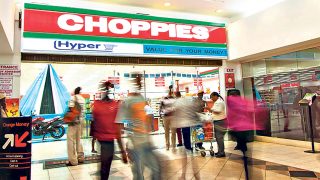 Choppies Enterprise Ltd. is shutting down its supermarkets across several African nations in a bid to concentrate on growth in Botswana, where it is listed, as well as other southern African countries Zambia, Zimbabwe, and Namibia.

The giant retailer, which has since exited the South African and Mozambican markets, is also divesting operations in Tanzania and Kenya, the latter was initially reported by Ventures Africa last September. The loss-making markets have been funded by growth in Botswana, Chief Executive Officer Ramachandran Ottapathu said, as reported by Gaborone-based news site Mmegionline on Monday.

The company will instead focus on more profitable subsidiaries with plans to add stores in Botswana this year and explore new markets. “Zambia is self-sustaining and growing slowly and in Zimbabwe, we’ll look at the market and how it goes. (In) Namibia, we need to grow,” Ottapathu said.

News of Choppies’ planned consolidation comes after the Botswana Stock Exchange lifted a nearly two-year suspension of its shares on the bourse late last month. Its shares plunged by more than 60 percent in September 2018 after failing to publish its financial results, leading to the suspension on both the local bourse and the Johannesburg Stock Exchange, where the company has a secondary listing.

The statements were delayed after the retailer’s new auditors PricewaterhouseCoopers raised concerns with the board over accounting practices. “The company has now published all its financials up to December 2019 bringing it into compliance with the stock exchange requirements,” the BSE said in a statement.

Choppies now hopes to resume trading on the South African stock exchange. “We are hoping the JSE will soon lift the suspension … they have to follow what has happened in the primary market,” Ottapathu said last week.

Group revenue fell by 17.5 percent in the half-year to December 2019 due to a weakening currency in Zimbabwe against the Botswana Pula, the company said in its latest results. It recorded an $18 million loss on discontinued operations while gross profit margin improved from 22.5 percent a year before to 22.9 percent, indicating good performance in the local market.