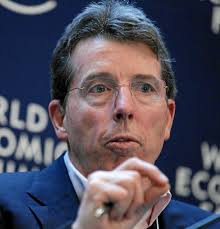 The deal will see Diamond hold a 9.1 percent stake which ADC holds in Union Bank of Nigeria (UBN) and 47.1 percent of BancABC which offers financial services in Zimbabwe, Zambia, Tanzania, Bostwana and Mozambique.

“We looked extensively at where the best opportunities would be in Africa and we had our sights on a high-quality, multi-country bank in one of the regions of Africa,” said Diamond to reporters in Gaborone, Botswana’s capital city.

Diamond had in 2012 quit Barclays, following a fine slammed on the British bank for manipulating benchmark interest rates to focus on Atlas Mara. Diamond and Ugandan entrepreneur Ashish J. Thakkar had in December raised $325 million for the company in an initial public offering (IPO), which included $20 million each from the duo.

Atlas Mara’s other acquisition, BencABC started in Bostwana in 1956 trades on the bourse of the Southern African country and also on Zimbabwe’s stock exchange. BancABC made a $22.5 million profit last year, according to a March 26 statement.

“Our objective is to build Africa’s premier financial-services group leveraging the access to capital, liquidity and funding that we at Atlas Mara can provide,” said Diamond in a statement.

After completion of the transactions, Atlas Mara will invest $100 million in BancABC, according to Douglas Munatsi, CEO of ABC Holdings. This, he said, will help in boosting the company’s capital-adequacy ratios.

He noted that the money would be disbursed based on returns, with the country which gives the highest out of the five where it operates to receive the most.

“Access to capital is part of what this transaction brings and I hope that from now the whole scenario of us being cash-hungry will change,”  Munatsi said.

Atlas Mara share price currently stands at $11.40 on the London Stock Exchange (LSE), a 4.6 percent gain since its listing on the bourse in December 2013.