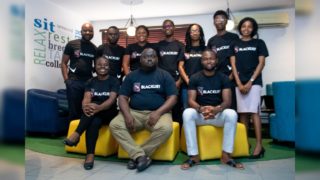 In 2019, the Central Bank of Nigeria mandated that deposit money banks lend out at least 65 per cent of their deposits to stimulate the country’s ailing economy. Banks that did not follow the directive would see their cash reserve ratios increase. This significantly influenced banks to go on a lending spree.

However, the lending process of traditional banks could be rigorous. It often involves high interest rates and collateral security, a lengthy application process, and guarantor requirements. Despite this thorough process, nine banks reported a slowdown in profit growth due to sharp increases in losses on bad loans (loan loss expenses), which increased to N36.1 billion from N18.1 billion in the previous quarter.

Due to the difficulties associated with obtaining loans, fintech operators have emerged to meet the demands of disgruntled prospective money lenders through affordable payments, flexible savings, and instant loans, among other things. Now, disruptive companies such as Branch, Paylater, FairMoney, Carbon, Mono, Renmoney, and other similar services, have simplified lending processes. Customers can now obtain loans in the blink of an eye, with minimal documentation required.

Because of the near absence of real consequences for loan defaulters and less effective tracking methods for loan recovery by digital lenders, borrowers take the paying back of loans for granted. It is common to hear of customers who have taken out loans from various fintech companies disappearing. Should all customers default, there is little hope that digital lenders will recover enough of these loans to stay in business. There has also been a rise in the number of con artists who steal unsuspecting victims’ details and borrow in their names.

While there are Credit Bureaus that collect and share information about the creditworthiness of individuals and businesses, their services are mostly used by traditional banks rather than digital lenders. Hence the creation of Blacklist.

First conceptualised in 2019 and launched in 2021, Blacklist is an alternative database for chronic debtors and fraudulent people. In this interview with Ventures Africa, Ayoge Bassey, Managing Director of Blacklist, discusses the essence of the database, the prevention of bad loans, challenges, and prospects.

When was Blacklist founded, and what prompted its creation?

Blacklist was conceptualised in 2019, but it was officially launched this year at a fintech network conference we organized, themed Lending 2.0. It was an event to examine emerging digital tools for the lending industry. Key stakeholders, as well as many other companies, were present. We had Aladdin digital bank, Fairmoney, Mono, Indicina, and about 100 participants in both physical and online attendance. We have gained a lot of traction just two months after we launched.

To solve the problem of having access to credit, you have a lot of money lenders going digital. In the last few years, we have seen a lot of fintech companies emerge, making it easy to get loans with just the download of an app and the answering of a few questions. Because many of those people are not in a typical banking environment where the bank has more information about them, you now have people who have access to credit with no intention to pay back. And, because it is so easy to obtain a loan, people are installing multiple lending apps on their phones and requesting loans from each of them.

Some even prey on the ignorance of unsuspecting people, steal their personal information, and request loans in their names. There have been reports of fraudsters who go to local communities, get the BVNs of villagers in the guise of applying for government handouts, and then use this information to apply for loans with no intention to pay. These cases are rampant, and so many digital lenders are folding up or suspending their loan services because of the resulting non-performing loans. While credit bureaus store a lot of credit information, there is a gap in the information available for the unbanked and underbanked who can still get credit from non-traditional sources.

This is the gap that Blacklist seeks to fill by establishing a repository of chronic defaulters contributed by non-traditional credit providers such as digital lenders to improve their credit decision process and significantly reduce non-performing loans. If an applicant’s name is on the database, it is left to the lending company to decide whether to accept or decline the application.

Could you please explain the debt tracking process?

Blacklist is a database, not a lending company. We collect information from lenders to build a community to help fintech companies, money lenders, and participating financial institutions make credit decisions with useful information. We often encourage lenders to update submitted data regularly, preferably biweekly. We do this through reminders like phone calls to the companies. As defaulters make payments, their records are updated on the database to avoid stale data.

How many registered businesses do you have in your database?

The numbers are increasing, and as of today, we have about 50 companies registered on the database, up from 40 a week ago, so we are pleased with the progress and are aware that we could do more. It is a business-to-business approach rather than a business-to-customer approach, so it is very different. To sign up as a business, you must first obtain the approval of the company’s key decision-makers, which can take some time. We are currently discussing this question with several firms; we have some positives and are still in discussions with some key players in the industry to expand our database; we hope to make some of these announcements soon.

How much do registered businesses pay to get on your database?

It is quite easy to sign up. Users should visit Blacklistng.com  and submit the required documents for verification because we want to ensure that you are a registered business in Nigeria. You can continue to use the platform to search for data and upload data so that everyone can benefit. The service is available for as little as N30 per query. You can conduct a manual search or an API-integrated search, in which your company connects to the blacklist via an API (Application Programming Interface).

How do you get companies to register with you?

We reach out to them. As I stated previously, we had an event where we went public. We have a WhatsApp community for those who attended the event where we provide traction updates. We go out to look for business in the same way that larger corporations do. We have some microfinance banks and fintech lenders with mobile apps registered with us.

What difficulties have you encountered during your service?

The issue we face is education.  Getting people to accept the concept of Blacklist is tedious. Most lenders find it easier to understand the urgency of a problem after it has occurred rather than before. That is why people do not undertake preventive maintenance; it is usually a difficult sell. They fail to realise that while you can call or text the debtors, there is little you can do if they refuse to refund the money; there are, unfortunately, no tangible consequences for such behaviour in our society. You can, at the very least, reduce the number of bad loans in the future.

Businesses need to look at their credit process from a holistic point and question how they can prevent bad loans in the first place. So instead of waiting to have a bad loan and spend more money to get that loan, why not reduce the possibilities of giving out the bad loans in the first place. So sometimes lenders fail to see this. Your bad loan is already a bad loan. So let us try to prevent future occurrences because prevention is better than recovery.

What does a defaulter stand to lose if his or her name is on Blacklist’s database?

I think it is important to state that there is no shame in borrowing money, the shame is in delinquent payment. We know people fall on hard times and look for a way out, but some debtors deliberately refuse to pay. First, the database exists to be a check for lenders before they give out money, so it simply means you stand a risk of not being offered credit in another facility because you have an existing loan somewhere.

A defaulter may face a higher interest rate, which means your borrowing costs will rise because lenders believe there is a greater risk of lending to a chronic defaulter than to someone whose name is not on the list. So you could have a higher rate on your loans. We have had requests from people who want to do a verification on a potential employee. Most jobs require integrity, and if your company is going to be able to offer you a loan, they will want to know what your credit score is.

How is the debtor or removed from the list of defaulters after payment?

We are required to have only current information and do not want people’s names to appear after they have paid, so we actively pursue our clients to update the information they have provided. It is the data owner’s responsibility to ensure that the information on the database is accurate.

Where do you see Blacklist in the next few years?

I am hoping that Blacklist will become a leading alternative database, with at least 70 per cent of the players in the credit industry using us as a check. Also, we are looking at it from a humanitarian standpoint, not just listing debtors, but also determining how we can assist them in getting out of debt. As a result, we are actively considering how we can best serve individuals. We are currently working on a sister platform to create a service that will assist people to get out of debt.

Is there anything else you would like to say?

It is a good thing that access to credit has increased; economies require credit to function. Unfortunately, this brings with it a slew of issues, such as fraudsters attempting to defraud the system. We hope that by doing our part to sanitize the industry, we can collaborate with other companies to add value to that space. Blacklist is here to stay, and we are currently working on some specific partnerships that we hope to announce in the coming days to help us serve the community better.

We hope to delve into some fundamental credit profiling using data science and analytics. It is important when the financial community comes together. Blacklist is not a lender, and we are not competing with lending companies; we are simply enabling data sharing in the lending community. I will like to encourage digital lenders to come together and share data so that we can collectively sanitize the system, improve profitability, and ultimately make credit more accessible to those who need it to put it to good use and stimulate economic growth.