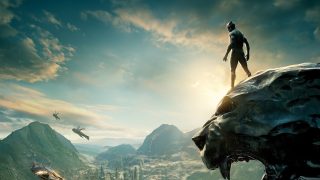 It is easy to get excited about Black Panther and elevate it to a messiah-status. It’s not ideal, but it’s easy. Less than 90 years ago, Hollywood’s first black movie star was ‘a fool’. That is Lincoln Perry, best known as the character of Stepin Fetchit.

Born in Woodland Hills, Los Angeles, in November 1985, Perry rose to fame in the 1930s for a series of comic relief roles that earned him the moniker “The Laziest Man in the World.” His career slowed down after 1939 but he was the first Black actor to earn a million dollars. In the midst of his fame, both the man and his character were seen as a barrier to Black people. Some Black leaders pressured Hollywood to get rid of him and the stereotype he was creating. These leaders opined that Perry’s character, Stepin Fetchit, was hindering white America from seeing Black people as capable of entering the mainstream.

In 1940, just a little over 78 years ago, Hattie McDaniel became the first African American to win an Oscar for her supporting role as Mammy in ‘Gone With the Wind.’ But despite that, she and every other Black actor in the movie was not allowed to attend the movie’s premiere in 1939.

So, yes, Black people in Hollywood have come a long way. Forgive the exuberance that has accompanied the Black Panther movie. People are excited and you can’t take anything away from that. However, the problem is in ascribing some symbolism to the movie that is just excessive and inane.

There is no doubt Black Panther will do great at the box office. It is already on course to have one of the biggest opening weekends in superhero movie history. I reckon it will go on to be one of the highest grossing superhero movies, as most Marvel movies have done in recent years, but all that money is going into the pockets of studio executives that are *coughs* predominantly white men. That is something to think about.

We will enjoy Black Panther. Some of us might watch it more than once, you know, ‘for the culture’. But after we’ve seen and enjoyed it, we will come back to the reality of what it is – a superhero movie and a purely Capitalist venture.