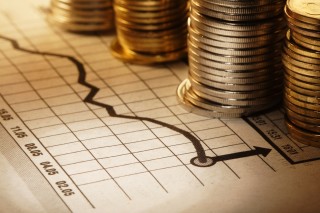 Big investment in African tech set to continue in 2020

2019 was the year that dealmaking on the continent got serious. Very serious. In November alone, indeed one specific seven-day period in the month, investors announced over $400m for various fintechs on the continent. This was the wildest week the sector had ever witnessed. And no, it wasn’t a flurry of announcements for modest rounds, but in fact a succession of big-ticket deals for fintech companies, both old and new.

Interswitch, the godfather of Nigerian payments, secured $200 million led by Visa, ahead of the company’s plans to IPO in 2020 whilst also bringing the company’s valuation to the $1 billion mark. Next, relatively new PalmPay, a mobile money transfer platform, secured $40 million led by China’s Transsion Holdings to launch in Nigeria. The same week, OPay, the fintech platform from Opera (that is aggressively moving into the ride-hailing market across Nigeria with ORide) secured $120 million Series B investment from Chinese investors. There were more, and we can bet that more deals are ongoing currently.

In Silicon Valley and across Europe and in Asia, these ticket sizes are common. Perhaps even on the low side. On the continent, they are colossal even by last year’s deals, and the raft of fintech announcements purged any thoughts or discussions from the African tech Twitterati that fintech was slowing down. Investors have spent 2019 investing in Africa to make money move seamlessly.

Briefly on the subject of African tech IPOs, one company dominated this space in 2019 and for all the wrong reasons; the company received a decade’s worth of bad news cycles in just a few short months, kicking off with a short-sell fraud story from Citron Research, followed by pan-African accusations that the company wasn’t even African, followed by country hub closures. In April, Jumia’s shares began trading at $14.50 [JMIA] on day one and peaked at $46.99. At present, they stand at $6.17.

Double and triple-digit headlines are naturally compelling, however, 2019 also saw an increase in acquisition and expansion stories – again, primarily from the fintech sector. As the tech community closed for the Christmas period, Migo (formerly Mines) not only announced a significant Series B of $20 million, they also announced their expansion into a non-African emerging market; Brazil, an interesting move that sees the company push into the LatAm market before moving into its sister countries in Africa. Migo’s VP of growth, Adia Sowho commented at the time, “To create durable solutions, it is important to combine the audacity of cutting-edge technology with humility to the nuances of local markets,” and yes, moving into South America’s largest economy is, in fact, an audacious move, one that many in the space will have a keen eye on in terms of traction and growth potential.

Financial service provider, Carbon, also moved outside of its home location, setting up shop in East Africa at the very end of December, with a view to making inroads into the buoyant Kenyan market, integrating with the likes of mPesa, as well as bringing free credit reports to customers as it continues its quest for much improved financial education in the African market. 2019 was a relentless year for the digital bank, which also raised a $5 million debt facility from Lendable, and became the very first African fintech platform to secure a Credit Rating, acquire another fintech platform – Amplify, and also saw them break all the rules when it comes to African banking, by releasing full audited financials.

Moving momentarily away from fintech, other expansion stories worthy of note for 2019 included Cars45’s move into Ghana and Kenya as they ramp up their infrastructure and service offering to tackle the $45 billion Africa’s used car market, as well as pan-African logistics pioneer Kobo360, who must surely win the accolade for most aggressive expansion strategy of 2019, moving into Togo, Ghana and Kenya in the space of just a few months. This was fuelled in no small part by a striking $30 million Series A investment led by Goldman Sachs, announced in August – an incredible feat for an 18-month old company (at the time of announcement).

Interestingly, Goldman Sachs had a busy time on the continent in 2019, not only in leading the Kobo360 deal but following up on that with an East African investment with Twiga Foods that saw the global bank lead a $30 million Series B raise. The year before, Goldman led the $53 million raise for South Africa’s Jumo. African tech is attracting the seriously big investment bank players – more to come in 2020, no doubt.

Whilst on the subject of big players, it would be remiss to ignore China and its ever-looming presence, and seemingly ever-open chequebook. Traditionally, China’s Africa investment portfolio has focused squarely on infrastructure and commodity deals. 2019 saw a marked shift towards the technology sector as China dug deeper both in terms of hardware (through the likes of Tecno phones) and technology, as well as leading on deals with OPay and PalmPay as well as logistics platform Lori Systems, which secured an undisclosed Series A raise in November, also from Chinese investors.

Outside of some generous deals, the country’s leading commerce platform, Alibaba, inked a partnership with Nigeria’s Flutterwave, to provide digital payments between Africa and China on Alibaba’s Alipay service, and China’s poster child and leading tech and entrepreneur, Jack Ma, shuttled back and forth to the continent, no doubt with a view to further Alibaba’s expansion as well as to scope out savvy investment opportunities, whilst better understanding the nuances of the African tech markets.

And whilst fintech seems to have stolen the limelight once more when it comes to tales of deal flow, expansion, and acquisitions, it’s important to note that other sectors also benefited from much-needed capital injections; logistics, ride-hailing, healthcare and education also recorded eye-watering raises, confirming the fact that international investors’ eyes and wallets are very much trained on the continent, and we expect it to be for some considerable time.

For those who want a forensic list of deals done in 2019, Green Tec Partners’ Maxime Bayen and friend of Africa Tech Summit, has painstakingly documented all deals over $1 million.

We’re at the stage where we simply cannot name-check all the big-dollar deals taking place on the continent for African tech. It’s taken until now to also mention Andela’s Series D of $100 million in January 2019, starting the investment ball “rolling” for the year, bringing the company’s total raise to $180 million. That’s a good thing. The sector needs investment in order to scale. Of course, money isn’t everything and concerns have and will continue to be raised regarding skewing the market with such big deals, with early entrant start-ups who have no traction, expecting higher valuations. We also need to consider where the talent will come from to build and scale these companies. Those who are securing big raises will, in turn, have a responsibility to ensure a pipeline of talent is invested in and nurtured.

Africa continues to attract a high level of interest from investors across the globe; so what’s next for the continent in 2020? We expect more lucrative deals to be made, particularly in untapped sectors, more exits and IPOs being announced. Whilst we wait for each news announcement to play itself out in the New Year, the third Africa Tech Summit will bring together Africa’s corporates, startups and leading investors including Helios Investment Partners, Africa Venture Capital Investments IFC, Partech’s Africa Fund, TLcom Capital, Alitheia Capital, and many more at Africa Tech Summit Kigali 2020, February 4-6 at the Kigali Convention Centre.

Note: This article does not necessarily reflect the opinion of the Ventures Africa editorial team.

Andrew Fassnidge is the Founder of the Africa Tech Summit – an event that celebrates and connects Africa’s corporates, startups and leading investors in the African tech ecosystem.