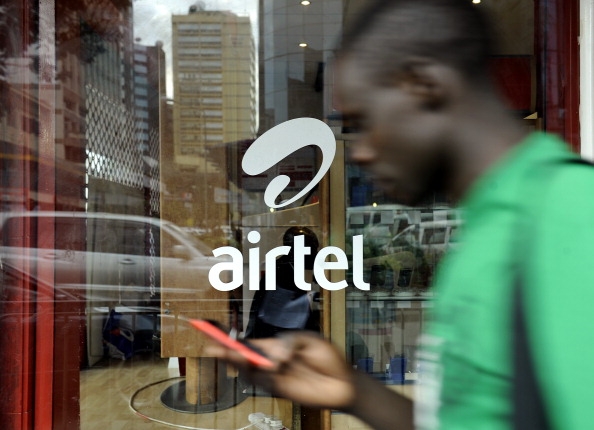 World’s third largest mobile network, Bharti Airtel, has hit a $4.13 billion profit at the end of the first quarter in Africa.
According to the company’s audited consolidated International Financial Reporting Standards (IFRS) results for the fourth quarter and year ended March 31, 2012; the total revenues stand at $14.937 billion, up by 20 percent year-on-year (YOY).

Airtel Africa ended the fourth quarter of 2011-12 with 53.1 million subscribers (up 20% over the same quarter last year), providing an average revenue per user of $6.8 and an average rate per minute of 5.6 cents.

The Africa operations earned Airtel $1.071 billion in revenue and contributed 28% to consolidated revenue. Non-voice revenue in Africa it stood at 8.6% while India’s stood at 14.4%.
“In Africa, the brand is kicking in and the market share is growing steadily,” said Akhil Gupta, deputy group chief executive officer at Bharti Enterprises Ltd.

Bharti Airtel management stated that Airtel Africa will make a capital expenditure of $1 billion for 2013.

“The restructuring for Africa is over…FY13 will be a normal year. Therefore, the revenue goal of $5 billion definitely remains our target,” Bharti Airtel CEO (International) and Joint Managing Director Manoj Kumar Kohli said.

The company attributed the tremendous growth to stability in pricing accompanied by robust growth in customer numbers in India and South Africa. Both countries experience 11.6 percent revenue growth.

The report also revealed Africa, after adjusting for the number of days in Q1 FY11, grew by18.8 percent in dollar terms, on the back of network expansion and a growing customer base.

Sunil Bharti Mittal, Chairman and Managing Director, Bharti Airtel Limited, said: “I am pleased that the year has ended with the Company’s customer base crossing 250 million across twenty countries, the twentieth country being Rwanda. Our launch of 4G LTE, the first in India, is testimony to our commitment to the broadband agenda. The recent regulatory developments in India will have significant implications on the future of telephony and broadband, as well as India’s global competitiveness. The entire industry looks to the Government for a fair, transparent and sustainable telecom regime.”
The company also plans to gain $ 5 billion revenue next year in its Africa operations. “With our business model in place now and the far lower costs that it allows, we will easily achieve the goals,” he said.
Airtel has already completed the acquisition of all Kuwait-based Mobile Telecommunications Co. networks(zain) in 16 African countries for an enterprise value of $10.7 billion in June 2010 and later acquired a telecom license in Rwanda –which toaled its total present in Africa to seventeen. The telecom major has over 53.1 million customers across 17 African countries with an average revenue per user at $6.8 per month.

“All changes we wanted to bring in the network, IT, organisation design… Are successfully completed and I believe this will be a year of stability, operational consolidation and therefore we are confidant of leading a growth in these markets,” Kohli added.

Speaking at the announcement of the report, Kohli said “When we first entered the Africa market, we were shocked at the cost structures among other key issues. We immediately embarked on a restructuring exercise, which included new network partners, Information Technology hardware and software partners, new network designs, among others. We have completed the restructuring exercise and now we are fully focused on the business.”

Kohli said the company aims at achieving 40% EBITDA from its African operations.

“Cost efficiencies gained from our new business model in Africa has been completed… Now we will see efficiencies moving in steadily,” he said, adding operators in Africa which follow Western business model with heavier cost than Bharti have achieved 40% Ebidta so Airtel too will be able to achieve it.