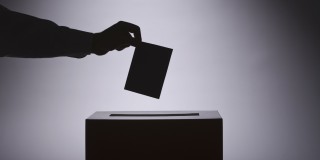 Here are African elections to watch out for in 2019

In 2018, different presidential elections took place around Africa, and for many, it was the continuation of the status quo. Elections in Cameroon and Egypt resulted in re-elections for usual suspects Paul Biya and Abdel Fattah El-Sisi respectively, while the ruling party in Zimbabwe, ZANU-PF continued its reign in the country’s politics as Emmerson Mnangagwa was elected president after his former boss Robert Mugabe stepped down in 2017. In others, it meant the end of the status quo, as the people of Sierra Leone, Madagascar, and the Democratic Republic Congo voted in new leaders.

As 2019 kicks off, many consequential and important elections are set to hold on the African continent. Although many of the democratic systems on the continent are weak and vulnerable to political instability, there is this ‘assertion’ that since elections hold across many countries in Africa, it is proof that democracy is still alive and thriving.

There will be more than 10 general elections around the continent in 2019, each as important as the other. Here is a list of the elections to watch out for:

Senegal will this year be holding its 11th presidential election after its independence from France in 1960. The elections are scheduled to hold on the 24th of February, 2019

Senegal’s incumbent president Macky Sall is hoping for re-election as he recently announced his decision to run again.

Contesting for the post of president in Senegal alongside President Sall is Abdoulaye Wade, a former president of Senegal too who recently returned to the country’s political scene and Khalifa Sall Dakar’s popular mayor, who has been in detention as he awaits trial for the alleged misappropriation of 2.85 million USD public funds.

General elections in Botswana have been scheduled for October 2019. Its electoral laws are quite unique; the constitution provides for the indirect election of a president and the popular election of a National Assembly.

The Botswana Democratic Party has been in power since 1966 and has established a politically legitimate succession plan that maintains the incumbent’s power. The presidential term ends more than a year ahead of the national election, meaning a new president is elected by parliament before the popular vote takes place, and effectively giving the BDP’s presidential candidate, current president Mokgweetsi Masisi, an almost guaranteed lead. Incumbency in African elections grant the incumbent president almost all the powers to be re-elected: opposition candidates have a 12 percent chance of winning presidential elections when contesting against incumbents.

Despite the weakness of Botswana’s opposition parties, they have come together to form a coalition in hopes of challenging the ruling party effectively at the elections. The four parties – the Botswana National Front, the Botswana Movement for Democracy, the Botswana Congress Party, and the Botswana People’s Party – split 53.55 percent of that people’s vote between them and the BDP in the last elections for the first time ever in 2014. The coalition has already started fielding a candidate in by-elections after 2014, essentially securing wins for them.

Though the Arab spring resulted in the overthrow of many regimes in North Africa, there was relative peace in Algeria. Algeria’s President Abdelaziz Bouteflika who has been in power since 1999, could stand for a fifth term at elections this year. The president makes only rare public appearances, during which he is usually seen sitting in a wheelchair as he has been weak since suffering stroke, which diminished his mobility and forced him to work from his residence.

However, if Bouteflika does not opt for a fifth stay in office, the same bloc would remain in power. As the next president will likely be chosen from a score of candidates running for the election, such as PM Ahmed Ouyahia, former PM Abdelmalek Sellal, and former Energy Minister Chakib Khelil. Algeria’s Ministry for Interior announced on its website this week that it had received more than a hundred applications from 13 parties wishing to field candidates for the elections. Strongest opposition candidates include Abdelaziz Belaid, the head of the Front El-Moustakbal party; the leader of the Society of Peace, Abderrazak Makri; and Abdelkader Ben Grina, the head of El-Binaa El-Watani.

The decline in oil prices since 2015 has resulted in a reduction of revenues for the government, putting pressure on the government’s ability to sustain the delivery of social services to its people. Education and healthcare have been affected, while unemployment and underemployment remain high. Security in the Sahel region is still precarious; owing to terrorism, open borders and the low level of state country. The next president would need to create an alternative source of revenue for the Nothern African country while also ensuring its borders are more secure.

Malawi’s incumbent President, Peter Mutharika, the flag bearer for Democratic progressive party (DPP), has been tipped to be the most likely winner of the general election set to hold on the 21st May 2019.

The president was tipped to emerge the winner from a survey carried by Malawi’s Institute of Public Opinion Research (IPOR) on the political environment towards the tripartite election.

Mutharika is going to be closely competing with Lazarus Chakwera of Malawi Congress Party (MCP) as the survey reveals that the DPP presidential candidate enjoys only a slight edge in the presidential race compared to opposition candidates. Former President Joyce Banda also revealed plans to contest in this year’s elections when she returned to the country last year, after five years in a self-imposed exile for alleged corruption. Mutharika’s former Vice-President Saulosi Klaus Chilima resigned from office last year amidst corruption allegations against the president. He signalled intentions to also contest against the president this year by leaving the ruling party. Chilima has promised a crackdown on corruption if he is elected as president.

Amidst negotiations on consolidating peace between the government and former rebels, the Mozambique National Resistance (Renamo), Mozambique, will hold presidential, legislative and provincial elections on October 15,  2019, as announced by the country’s President, Filipe Nyusi.

Official results of Mozambique’s local authority elections announced on October 14 provided a boost to the prospects of the ruling Mozambique Liberation Front (Frelimo) ahead of national and presidential elections scheduled for 2019. The scale of the victory suggests Frelimo and President Filipe Nyusi face no serious electoral threat next year. Son of former president Samora Machel, Samora Machel Junior, has also signified his intentions to contest at the polls. Samora Machel is referred to as a revolutionary in Mozambique and was the country’s president from independence in 1975 to his death in 1986. Hence,

Parliamentary and Presidential elections are set to hold in October and December respectively in Tunisia, and already, political tension is high in the North African country.

President Beji Caid Essebsi broke up ties with coalition Ennhadha Party, at a time when power shift is taking place and many parliamentarians also switching loyalties. There are indications that he is planning to sift the elections until 2021.

With Tunisia said to be the most successful Arab spring democratic state, the North African nation will want to re-affirm its political and economic stability by holding crucial presidential and parliamentary elections this year.

President Hage Geingob, current Namibia’s president is most likely to retain his seat as there seems to be no serious opposition contesting against him in the coming election to hold November 2019.

However as unemployment, poverty and social inequality continue to be key challenges for the country, alongside slow progress with land reform and limited access and availability of land to a major part of the population, this has stirred growing political oppositions to government policies.

A new political movement, The Landless People Movement, a new political party has registered to run against the incumbent President, Hage Geingob in the 2019 elections. The party advocates for land restitution back to Namibians who were dispossessed of their lands.

Mauritania’s history has been marred by repeated military coups, and its President Mohamed Ould Abdel Aziz has committed to be law-abiding, assuring the country that he will not be contesting for a third term during the 2019 presidential elections.

However, analysts predict he will be replaced by a loyalist from the ruling Union for the Republic party, barring any major political and economic changes. A likely replacement could be Biram Ould Dah Ould Abeid, a very vocal activist against slavery, one of the societal scourges in Mauritania. The foremost opposition party in the country, the Tawassoul party, will also be hoping to take advantage of the incumbent president stepping down.

Scheduled for May 2019, the election will be the sixth presidential election held since the end of the apartheid system in 1994.

This election will determine who will become the next President of South Africa. Incumbent President Cyril Ramaphosa will lead the ruling African National Congress in the election, attempting to retain majority status and a full term in office as president.

Cyril Ramaphosa succeeded Jacob Zuma after the latter resigned amidst corruption allegations in 2017. Ramaphosa’s popularity will be tested alongside Mmusi Maimane of Democratic alliance and Julius Malema of Economic freedom fighters (EFF) as South Africans pick who heads affairs of the government for the next five years.