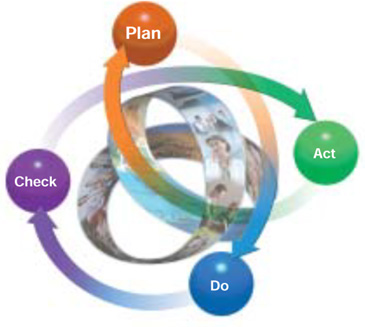 Back to the crux of the matter, of those who are CSR-forward, there are two similarities; those who do a lot of corporate philanthropy and those who engage in brand-building initiatives in the name of CSR because such initiatives do not tie directly to their core business areas.

Being CSR-forward is attaining the perception of a CSR-compliant organisation. Whilst the indices for measuring CSR compliance are varied and diverse across many different schools of thought; compliance at the minimal levels of observing and taking into consideration all the aspects of CSR is what I refer to. On the flip side, many organisations should be referred to only as being CSR-forward because in public perception, they are CSR-sensitive or engage in CSR but a critical look would reveal that they are still tied to practicing corporate philanthropy.

And so, many organisations in Nigeria and beyond (especially within the African business environment) are still practicing philanthropy under the guise of CSR. To the undiscerning public, they are CSR-compliant; in my opinion, they are just CSR-forward.

The distinct differences between being CSR-compliant and being CSR-forward are some of the key issues that were discussed at 2011 Africa CEO Roundtable & Conference on CSR. Professionals, stake holders and other interested parties converged upon the Eko Hotels & Suites, to discuss ‘The Business Case for CSR and its Impact on African Economies’.

Almost twelve months after, these remain issues every business leader must pay attention to, an event every Public Affairs, Corporate Affairs, Government relations, CSR and other ancillary professionals. This issue remains very relevant as a new modus operandi every organisation existing in this era must aspire to.

Every week, I will attempt to discuss a Social Responsibility issue on this page and in this section. I will also seek permission to republish interesting articles and invite guest bloggers.