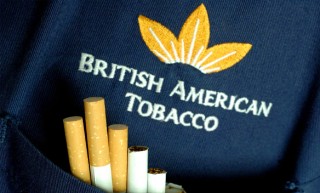 Before it was lifted in August, South African’s one-of-a-kind ban on tobacco and alcohol sales represented one of the most radical public health measures taken by governments in response to COVID-19. The move met with fierce resistance from the tobacco sector, which sued the government over the ban and has only given up its legal challenge in exchange for a pledge that President Cyril Ramaphosa’s government would not reinstate it without public consultation.

In the weeks since the ban lapsed, the full measure of just how many individuals and companies exploited the state of prohibition is coming into focus. According to Edward Kieswetter of the South African revenue service (SARS), black market purveyors are now “embedded in the supply chain and it will take us years to reverse the impact.” 90% of South African smokers still managed to buy cigarettes, while the government estimates it sacrificed 9.5 billion rand ($570 million) in taxes over four months.

Terms like prohibition and the black market conjure up images of underground smuggling networks, but some of the most flagrant profiteers were allegedly the tobacco companies themselves. Zimbabwe-based Gold Leaf Tobacco Corporation, which also has factories in South Africa, has been accused by Tax Justice South Africa of hawking cigarettes online during lockdown. According to the organization, Gold Leaf sold cigarettes for several times their normal price, all while paying nothing in tax. Soon after these allegations, Gold Leaf broke ties with the Fair Trade Independent Tobacco Association (FITA), of which it was a key member.

The controversy now surrounding Gold Leaf represents a victory for Tax Justice South Africa and its head, Yusuf Abramjee, who faced a defamation lawsuit from the company last year after previously claiming the brand was engaged in illicit tobacco sales. It is also a breakthrough for the Tobacco Institute of South Africa (TISA), which is funded by international tobacco majors including British American Tobacco (BAT, led by French CEO Jack Bowles) and which itself funds Abramjee’s “take back the tax” campaign. With the shared threat of the tobacco ban behind them, longtime rivals TISA and FITA appear to have resumed hostilities.

As former SARS official Johann van Loggerenberg has explained, the debate over illicit tobacco within South Africa has often been a proxy battle between tobacco companies. International groups such as BAT have leveraged their influence within the South African
government to target competitors like Gold Leaf as the drivers of black market tobacco sales, while themselves engaging in clandestine tobacco production, smuggling, and pressure campaigns across Africa, including in conflict zones.

While its allies launch broadsides against competitors, another former SARS official, Telita Snyckers, recently shed light on another aspect of BAT’s strategy to exploit the illicit tobacco debate in South Africa. In the wake of the ban, Snycker points out BAT and TISA have performed an abrupt about-face on a key pillar of efforts to regulate the illicit trade in tobacco products. Long outspoken opponents of the South African government’s drive to ratify the Protocol to Eliminate Illicit Trade in Tobacco Products, part of the World Health Organization’s Framework Convention on Tobacco Control (FCTC), BAT is now calling on the government to ratify the illicit trade protocol and implement a traceability (or “track and trace”) system on tobacco products posthaste.

A changing tune on traceability?

According to Snyckers, the shift is anything but an honest change of heart. Instead, BAT is replicating a strategy used by the tobacco sector to great effect in the European Union, pushing South African officials to “comply” with the FCTC’s protocol by implementing a system developed by the industry and marketed by companies linked to their interests. If they succeed, South Africa’s taxman could find itself entrusting the “foxes” to “begin guarding the henhouse,” much as in Europe.

The system, dubbed “Codentify,” was originally developed by Philip Morris International (PMI) and licensed to its competitors, including BAT, at no cost. As investigative reporting by the Organized Crime and Corruption Reporting Project (OCCRP) has laid
out, the tobacco majors planned amongst themselves to push governments towards Codentify as a track and trace solution to curtail the black market trade in tobacco products – a black market they themselves had been fined billions of dollars
for their involvement in.

Codentify has naturally been rejected outright by WHO officials. In a speech on tobacco control this past May, FCTC secretariat head Adriana Blanco Marquizo reminded governments “the tobacco industry… has an irreconcilable conflict of interest with public health.”
This is why the Protocol to Eliminate Illicit Trade in Tobacco Products clearly stipulates FCTC-compliant traceability systems must be fully independent of the tobacco companies whose compliance they are meant to enforce.

Ignoring that guidance, the European Union has instead entrusted key components of its systems to companies linked to the tobacco sector and to Codentify. These companies include Switzerland-based Inexto, which bought the rights to Codentify for one Swiss franc in 2016 and whose CEO, Philippe Chatelain, formerly worked at PMI.

The tobacco industry has also seen Codentify adopted by African governments, most notably by Economic Community of West African States (ECOWAS) members Côte d’Ivoire and Burkina Faso. While the tobacco majors continue to push states towards Codentify, there are alternatives that comply not only with the spirit of the FCTC’s protocols but also with tax authorities’ concrete need for secure and independent traceability systems.

In Kenya, for example, the Kenya Revenue Authority (KRA) has successfully implemented an Electronic Goods Management System (EGMS) on tobacco, alcohol, and other beverages, increasing excise tax revenues from 700 million KSh ($6.45 million USD) to 5.6 billion KSh ($51.6 million) over the past seven years. Togo began implementation of a similar system at the start of September, bucking not only the trend towards Codentify in the ECOWAS countries but also a history of intense pressure by PMI.

As South Africa grapples with both a historic economic downturn and an explosion in black market tobacco and alcohol, an effective traceability system that empowers tax authorities to enforce compliance and identify illicit products is an invaluable tool SARS currently lacks. The challenge for Edward Kieswetter will be to successfully overcome the legacy of state capture that has discredited his revenue service and finally put such a system into place.